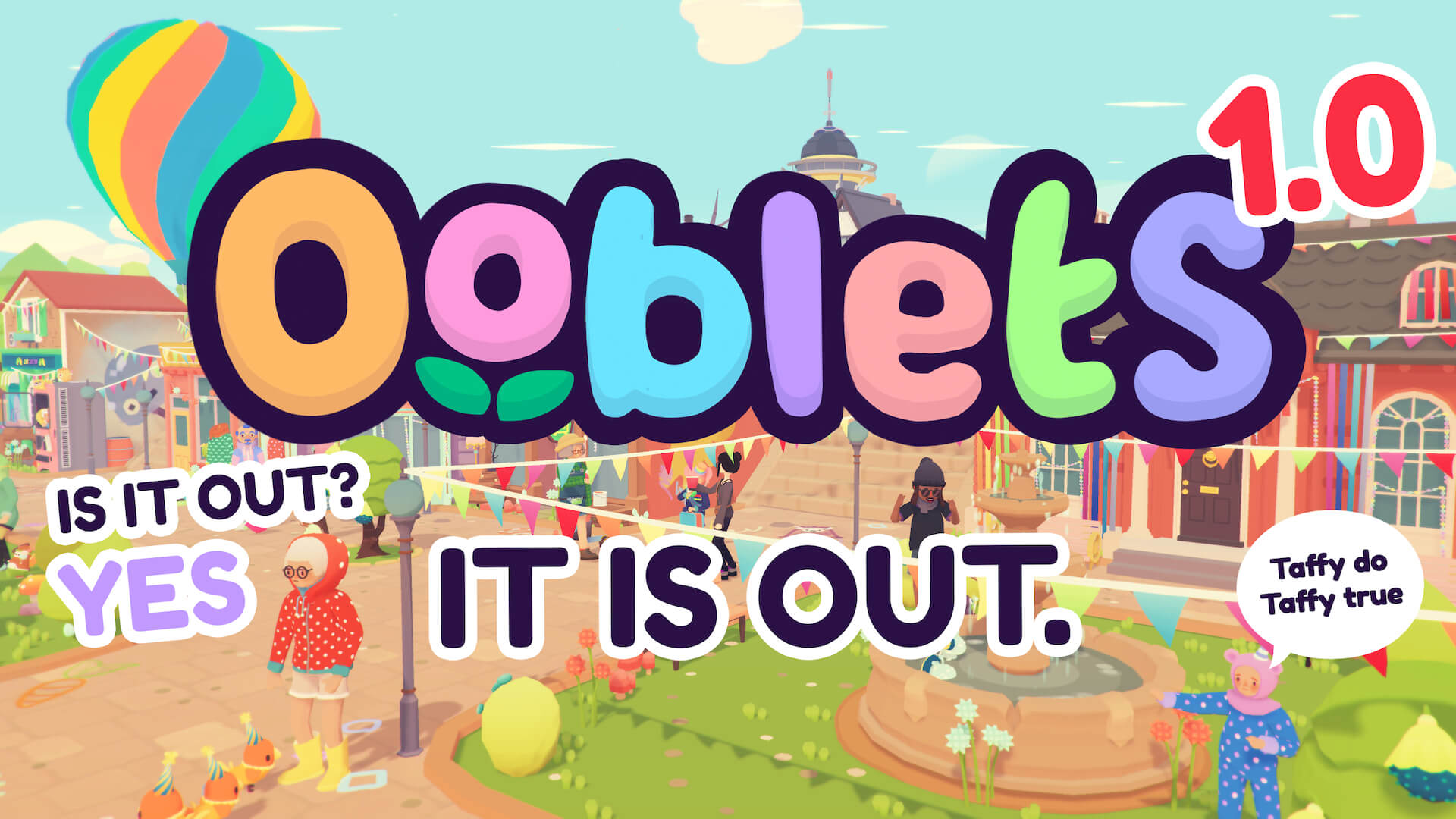 Ooblets is now officially out of early access and launched on the Nintendo Switch!!

You can buy it right now here:

To celebrate, we’ve put together a “What is Ooblets?” trailer for folks to learn about the game here. It’s narrated by our very wonderful pal Lizzie (LDShadowLady).

New players are hopefully in for a really great time and early access players will be able to experience a LOT of new stuff. A LOT. There are new places to visit, a conclusion to the main storyline, massive balancing changes, new customization stuff, and so much more. Check the bottom of this post for a changelog of just some of what’s new/changed.

We’ve been working on Ooblets for the last six years and it’s so exciting to finally reach this milestone. And don’t worry, we’re not done working on the game! Besides bugfix patches, we’re still planning on adding more content going forward. We think up new and progressively goofier stuff to add to the game every day.

Thank you to everyone who has played the game in early access or waited patiently for 1.0/Switch.

There are so many people who have contributed to Ooblets and we can’t thank them enough. From Patreon supporters to the people who have worked with us on art, animation, music, porting, release management, contracts, bookkeeping, and all the many things that make up game development—Ooblets couldn’t have been made without you!

Back when we launched the 0.4 Nullwhere early access update, we also announced that Rebecca and I had a baby! That was about two years ago and he’s been the center of our lives ever since.

He paints and draws, rides a balance bike, is obsessed with construction vehicles, tells us he sees ghosts everywhere (thankfully friendly ones), and is just an overall joy. We love watching him discover the world and are so glad he’s a part of ours.

We’ve also spoken a few times about how the Glumberland team has grown in the past two years. We’ve gone from just Rebecca and me to now six people! We’re so proud of everyone at Glumberland and appreciate all the hard work, unique talents, and personality they bring to everything we do.

That’s all for now!

Thanks again so much and we hope you have a great time playing Ooblets!