As we prophesied last month, this devlog doesn't have too much juicy stuff to report since we're deep into bug fixing mode and preparing for certification.

That said... we finally added in a map for Badgetown and we're really happy with how it turned out so we wanted to share it with you all.

First off, here's the illustration our good pal Bree made:

Rebecca designed a trail-style map board for presenting it in-world: 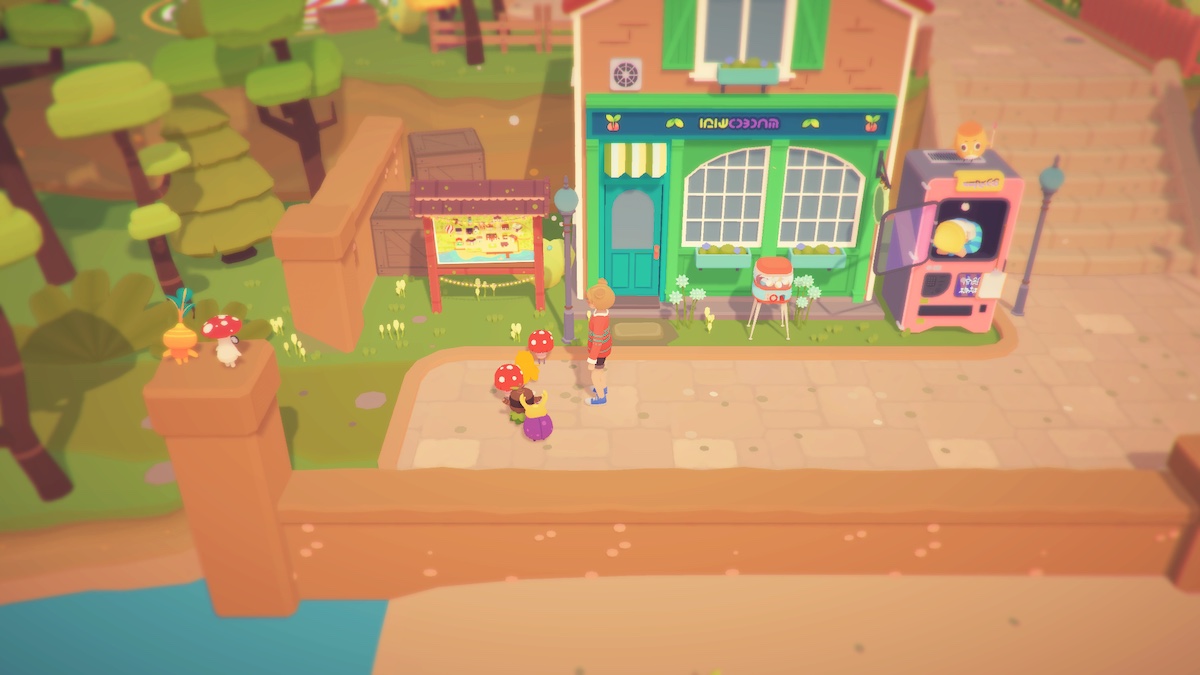 Sometimes you'll want to know where specific townsfolk are, so Rebecca added beacons for each NPC with their Badgetown location. It also shows what tasks Tinstle has available for you (the purple hammer icons):

We also did some work on partial recipes you can find by poking around in different places. Once you collect enough pieces, you'll unlock a new crafting recipe:

And here's a lil WIP from Dave that might turn up in a trailer at some point in the near future:

Hope everyone is staying healthy and safe!