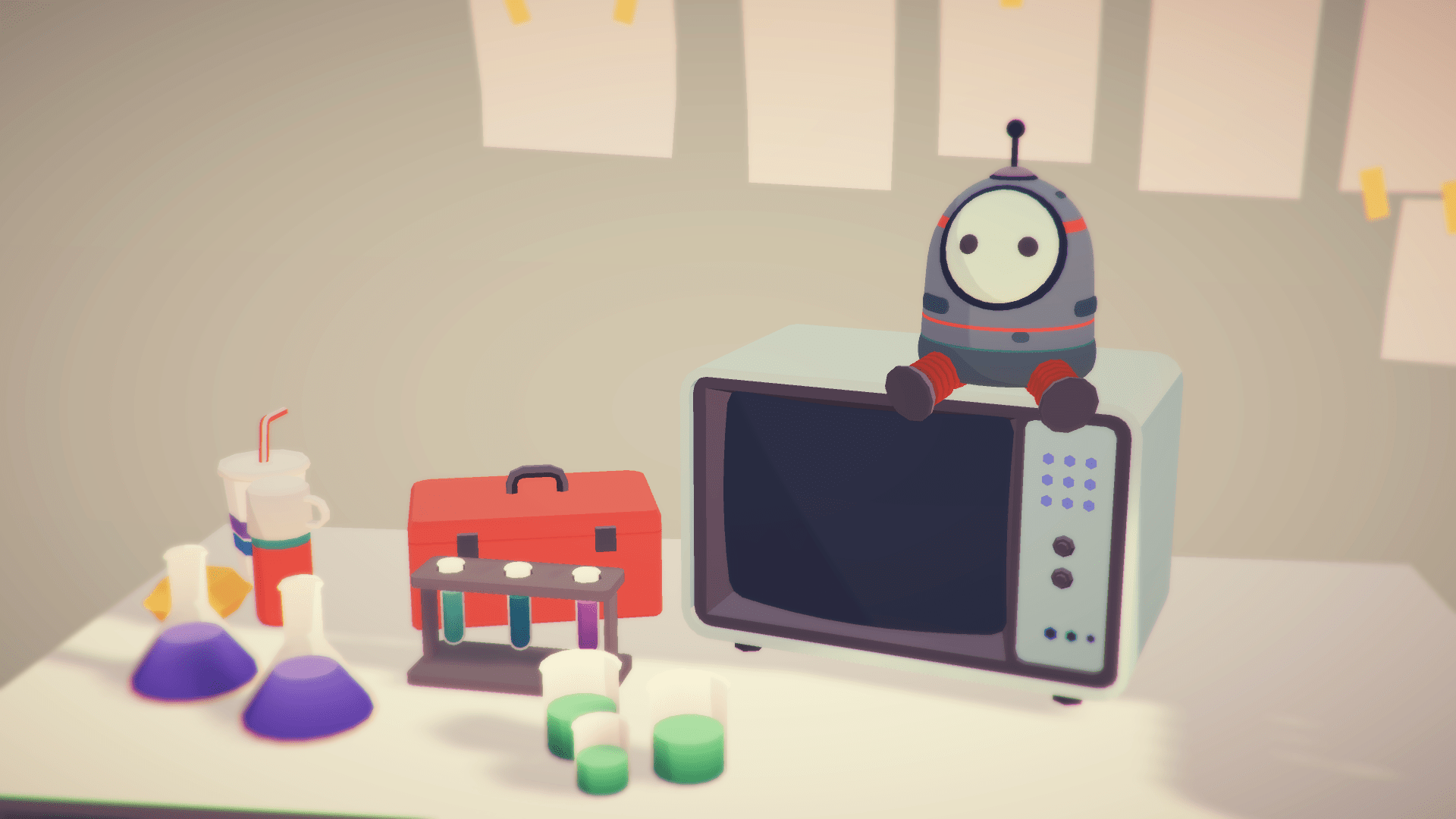 This past month has been a little difficult with everything going on in the world, but we still managed to get a lot done and we're a lot closer to the finish line.

We spent the most time finishing off oobcoops, which are now a much more important part of the game. They originally started out as glorified ooblet storage boxes but are now fully-fledged mini-farms that you can upgrade and assign ooblets to to automate your farming.

We had implemented a simpler version of this at one point but with Dave on the team now, we felt we wanted to improve what we could show off with gestures in dialogue even more. 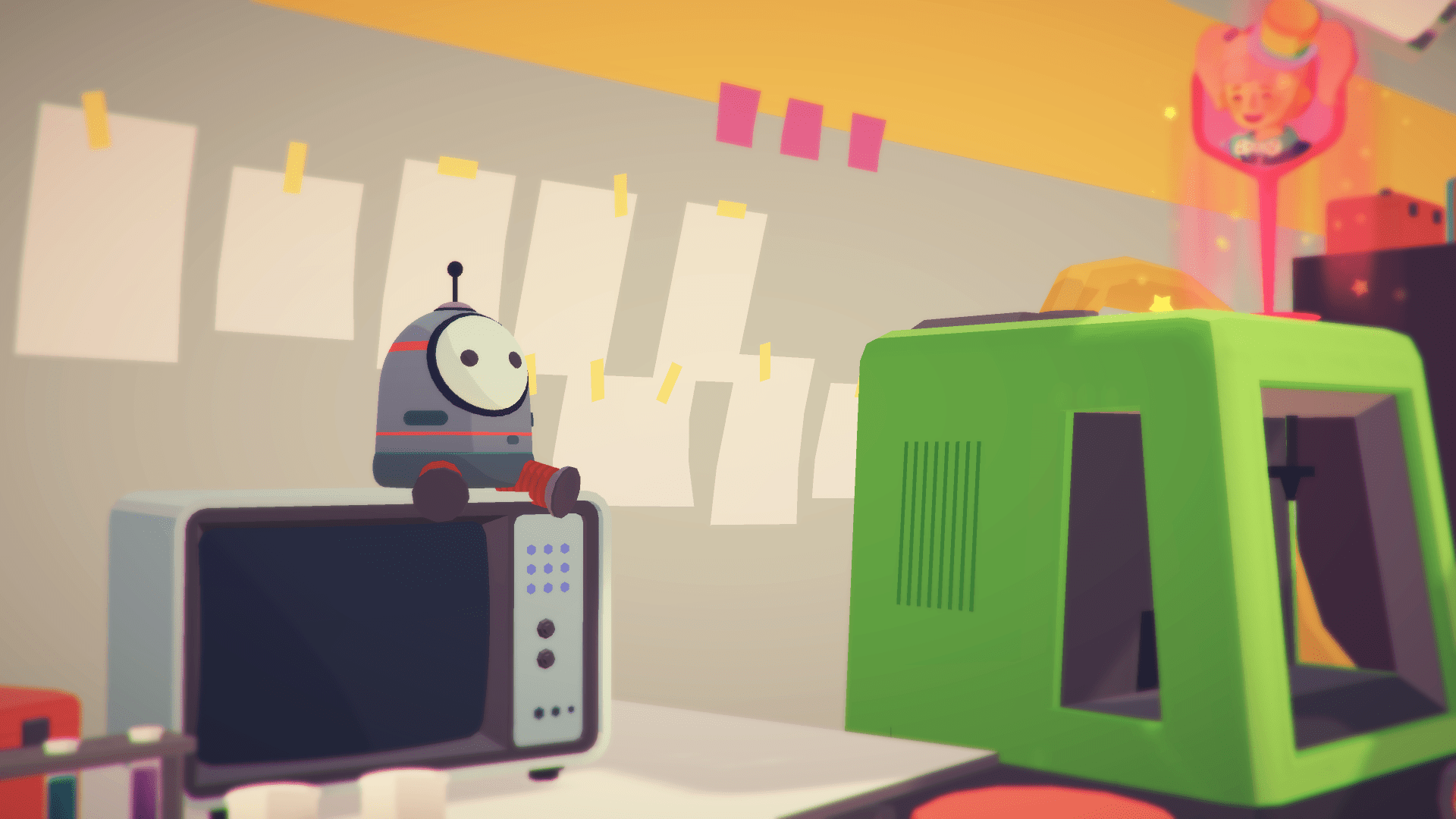 The Hankerbot is another system that had languished for a while but we've now fixed up and made a bit simpler this month. Instead of having you memorize what different townfolk like (for gifts), the Hankerbot will tell you what someone in town would want that day so you can bring it to them.

We've been working on a trailer with some folks for a lil while and Dave's been putting together a bunch of animations to use in it. They're turning out really great and we're super excited for what becomes of the trailer. 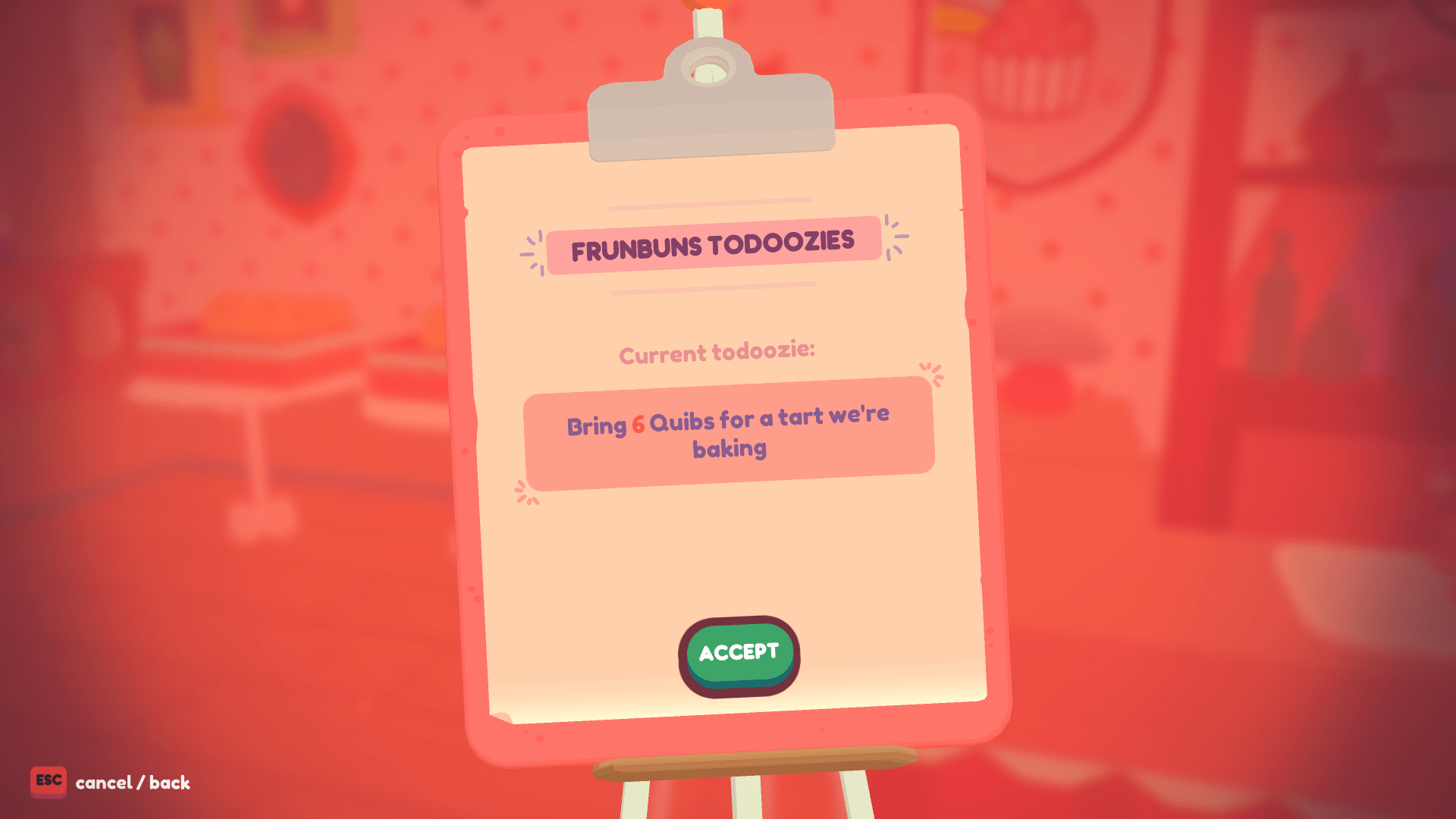 More quests!! Each clubhouse now has its own little set of quests. As you complete them, you'll get tokens for that club that you can spend on some unique goodies each club has.

There are probably a few things we still need to work out with all these but it's a good starting point. 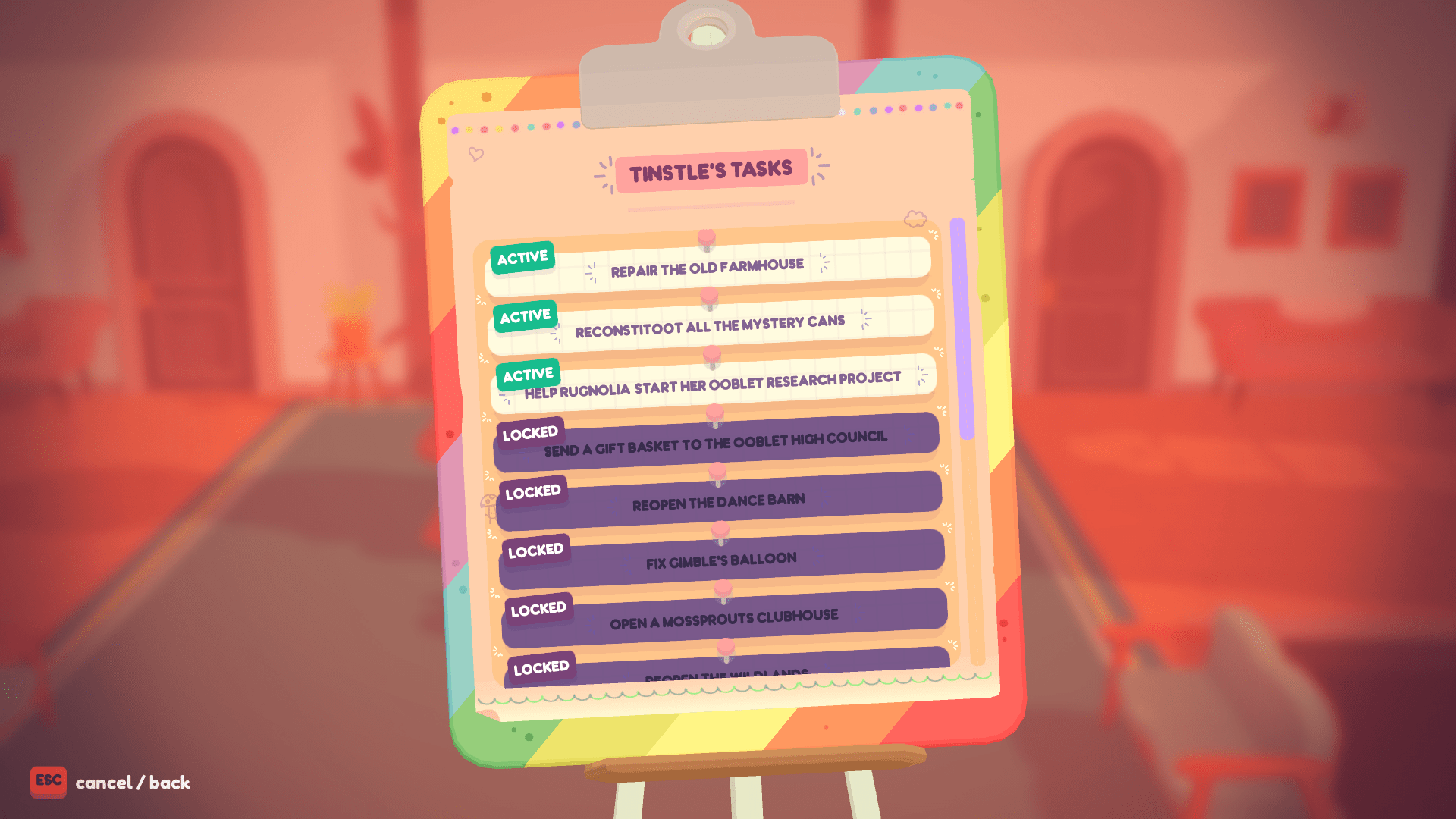 We changed how the Tinstle Tasks (main quest progression) system worked a while back and this month we got around to fixing up the UI to match those changes. 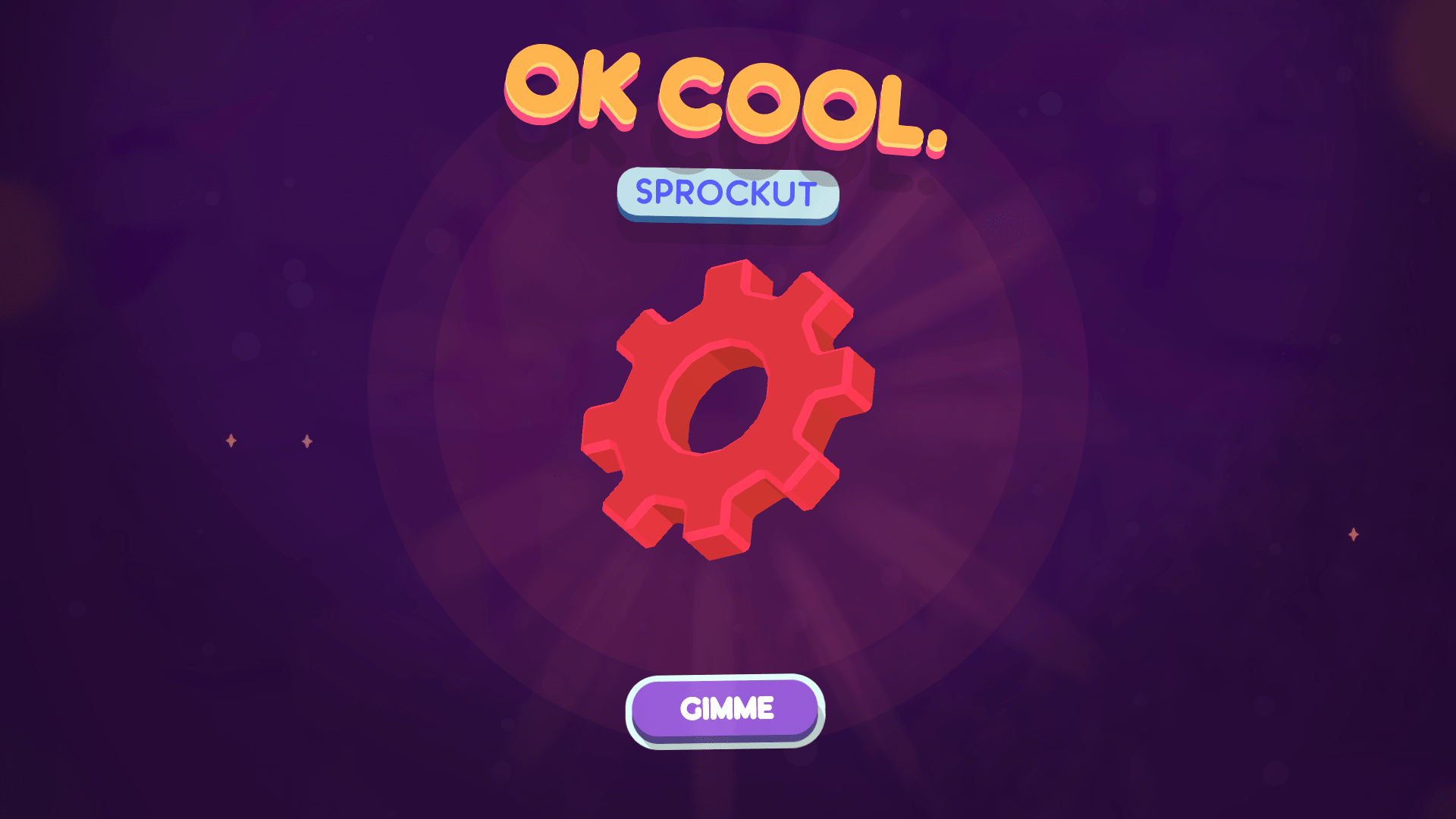 We implemented a new resource type that's unique to Mamoonia. It's important that there are reasons to keep revisiting the regions we worked so hard on implementing, so having some recipes and things that require this new unique resource will get people to schlep back over to Mamoonia from time to time. 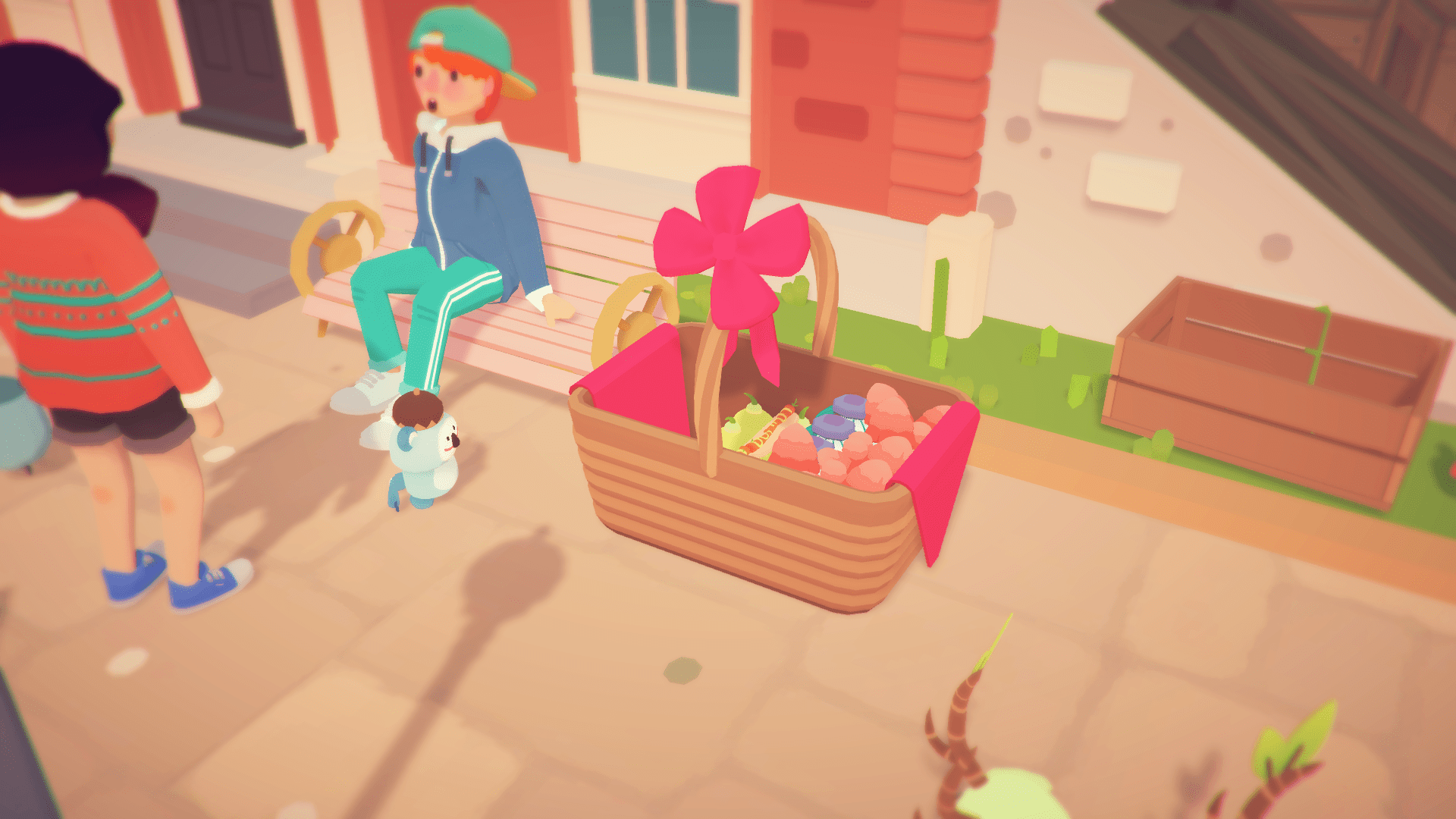 We did our taxes (for the most part), upgraded the version of Unity we're working with so we can use some SDKs, added in a some gift-basket-related quests, cleaned up some of the Grumboire (our main UI menus), and implemented a bunch of friendship rewards.

I'm hoping our devlog for next month is very, very boring as we'll be mainly focusing on bug fixes and balancing. We're also hoping for a boring month in general as I think we've had our fill of living in interesting times. 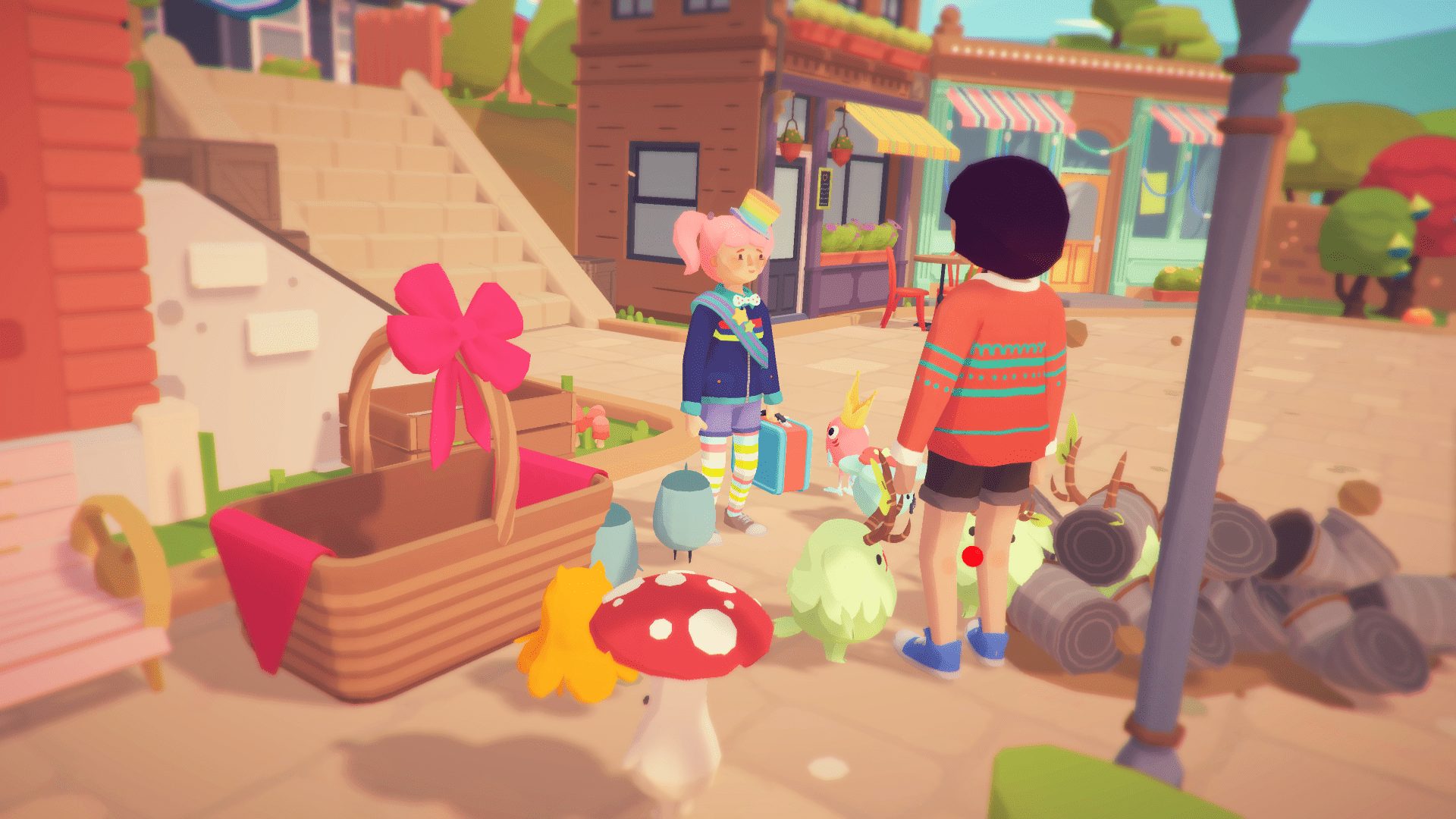