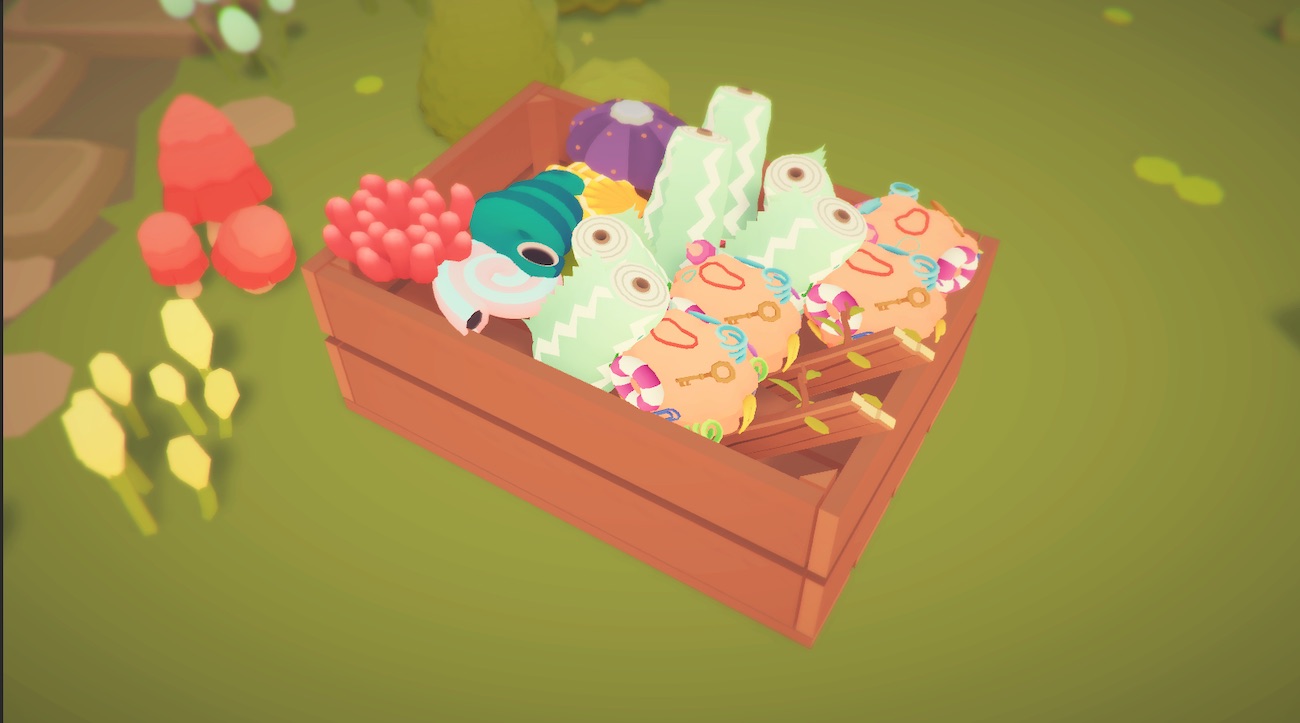 We thought we'd do something a little different this December, and post a normal devlog and a year in review separately because we didn't get around to posting anything for November and didn't want to skip out on two months of devlogs in a row.

We were all over the place this month, with progress on the intro, battle system, UI/UX, and balancing.

One of the big UI projects we took on was farm tile info. It became clear that it was a bit too ambiguous to players which crops were which, whether they were watered, and how grown they were. We realized there were some inherent limitations in trying to solve that just with visual cues, so we just decided to display that info textually. 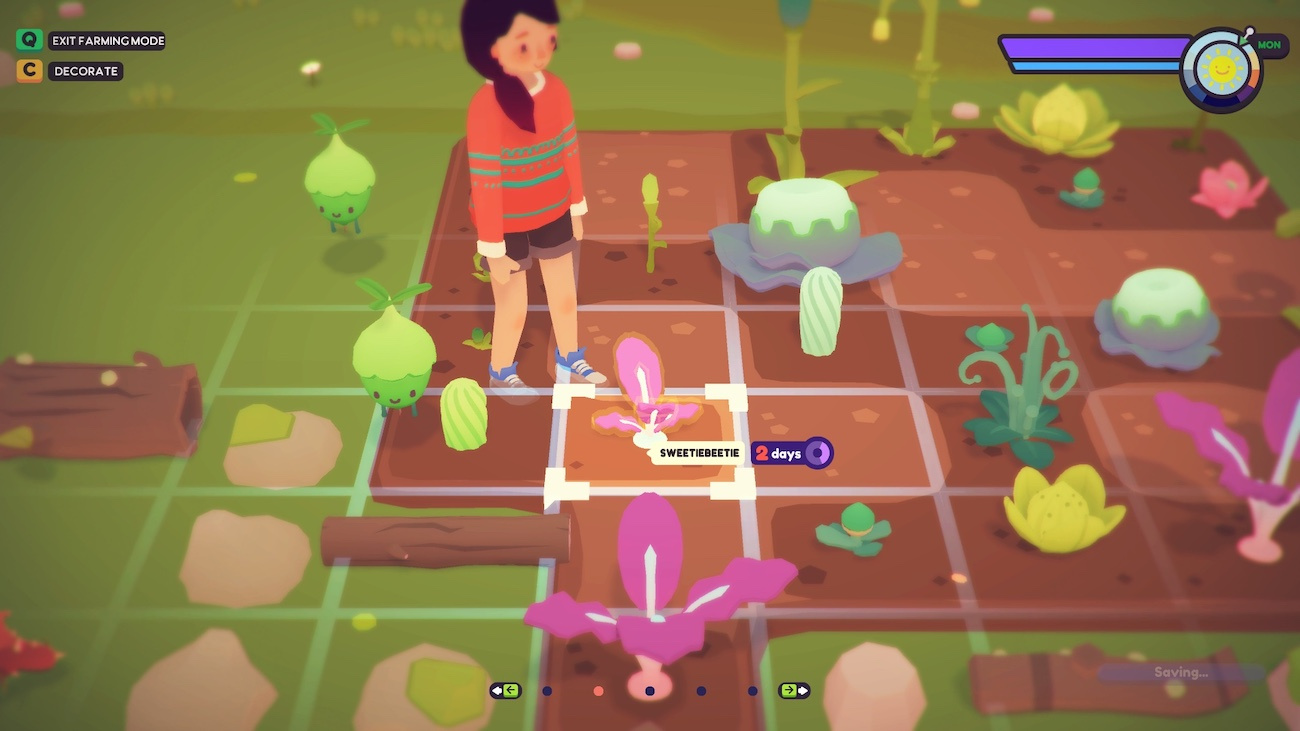 To keep things tidy, it only shows up when you get close.

As part of our ongoing improvement of the dance system, we put together a less temporary interface to match the new concepts we implemented a while ago. 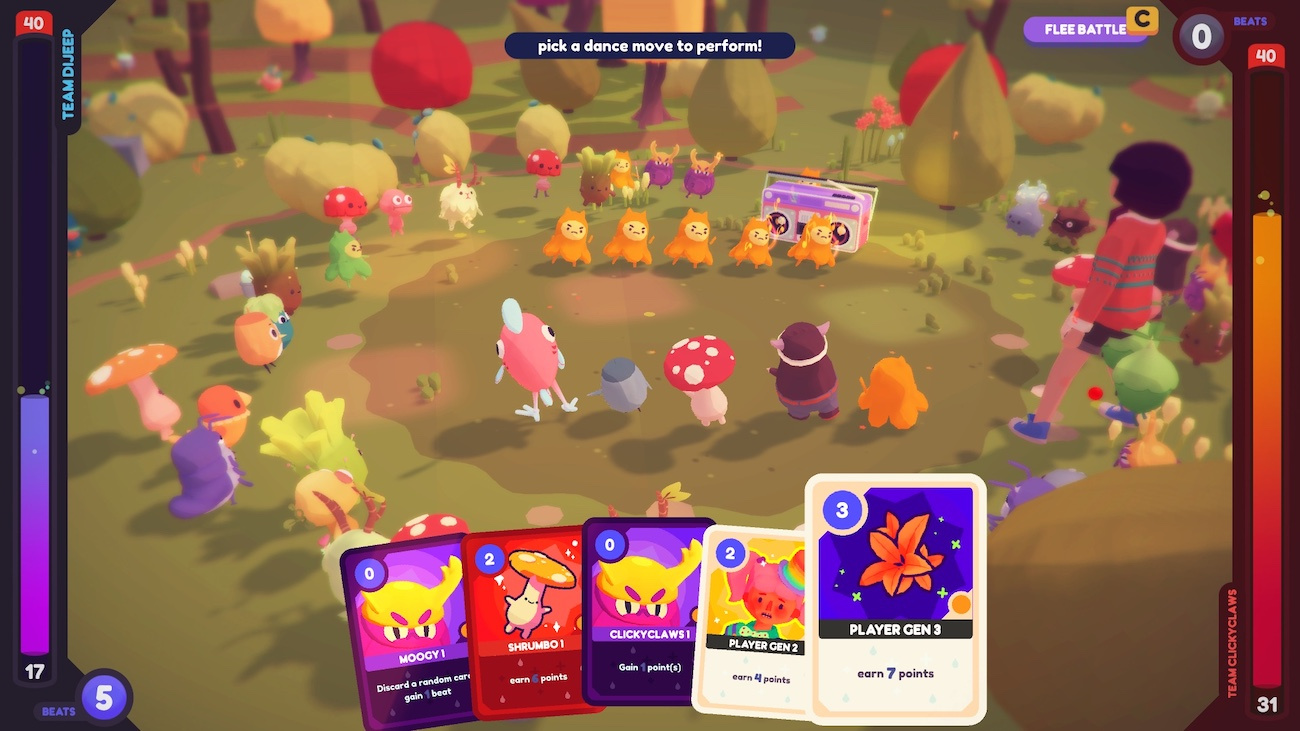 You can probably imagine there are a lot of dance moves and this month we've made a lot of progress implementing more of them from a functional standpoint. By that, I mean how they mechanically interact in the game, not how they look.

How the moves actually look has also been a big project we've been working on simultaneously. That's something our new employee Dave has been getting started with. Here are some things he was doing with Sidekey and Tud:

We've probably talked about intro progress in a bunch of devlogs, but that's because we mentally bundle the first ~10 hours of gameplay into what we call the "intro" so it's a massive part of the game and a lot of work. This month we were tidying some stuff up throughout it and updating the dance battle tutorial to fit our newer aspects of that. 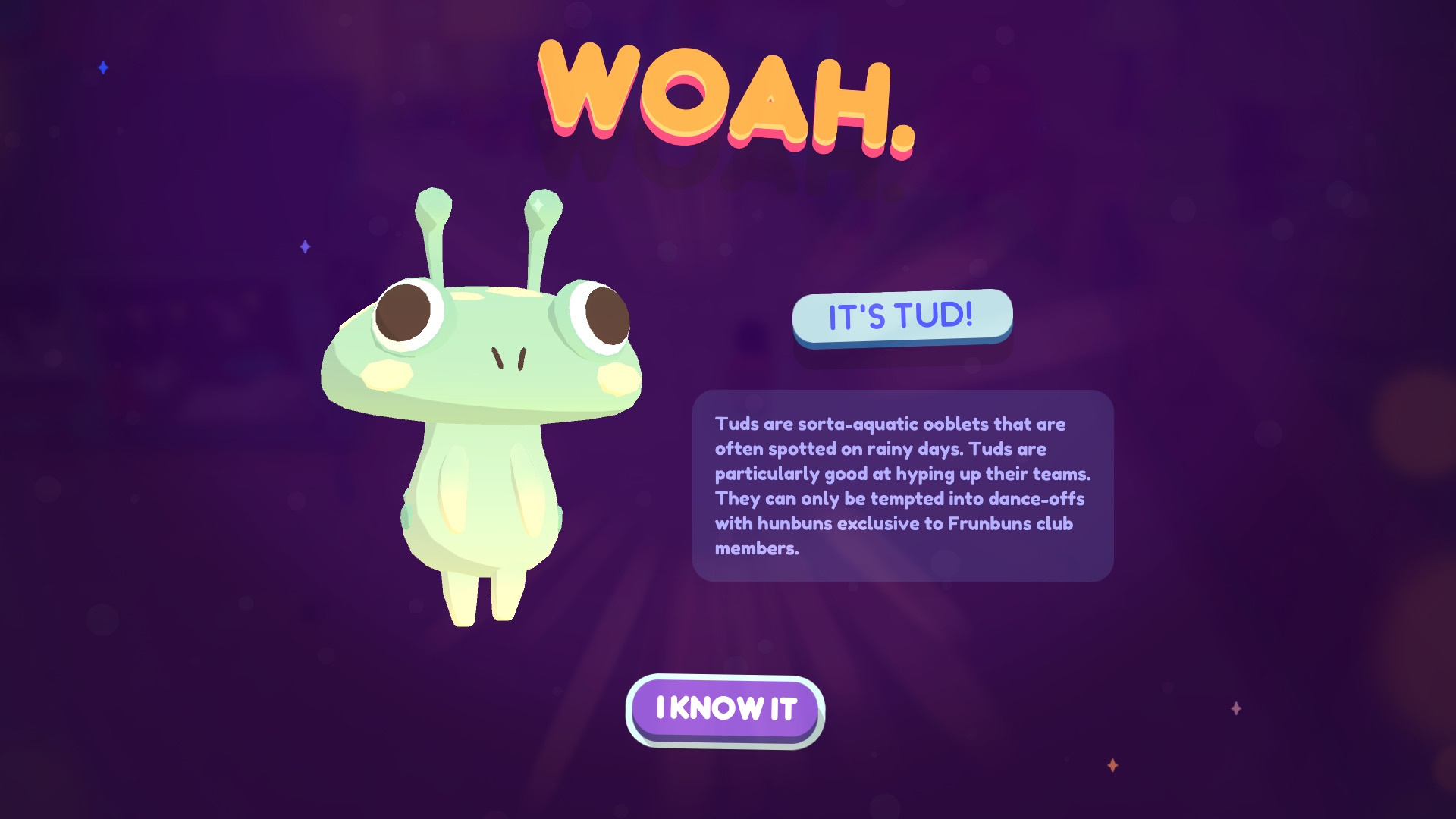 A quick little system we added was a pop-up that uhh pops up when you see a new ooblet for the first time. It will tell you a bit of info about them and hopefully make finding new ooblets feel more special.

One thing we found out from playing was that our idea of having some actions being long-press to activate and some not was off-putting. So we replaced the long-press interactions with a multi-tap system that provides a lot more visual feedback to the player of why nothing happened if they only tapped on something once.

This small change actually required a bit of fiddling and a bunch of new animations. These multi-tap animations were actually Dave's first projects as an employee!

Okay so this one wasn't from this month or even last month, but we revealed it to patrons in November and figured it was time to share it with everyone. Meet isopud!

They were designed by Miski and modeled by Sander.