I really wish we had worked on some spooky stuff this month... but instead we were mainly focused on things like the dance battles and intro. Luckily we've still got some halloweeny stuff from last year that we'll have to live vicariously through for a second: 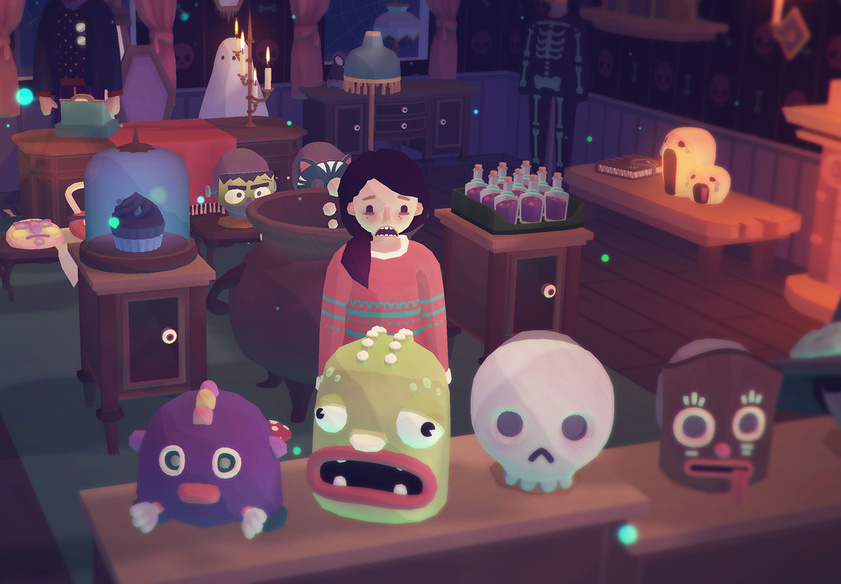 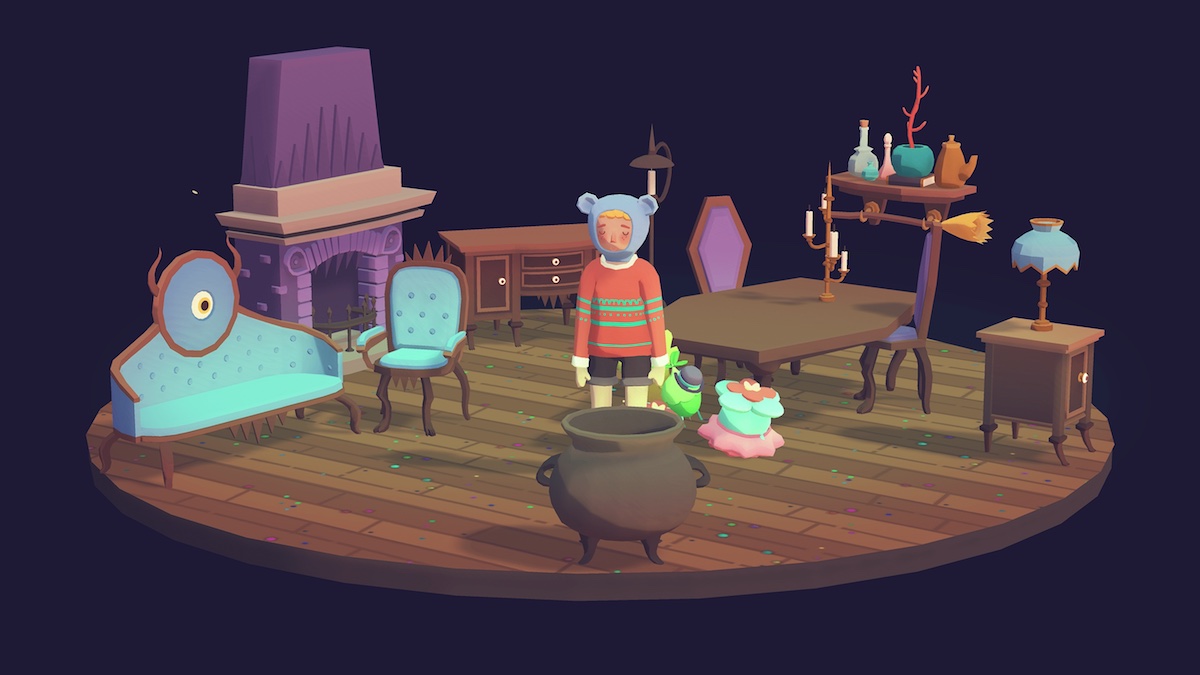 OKAY so back to what we were actually working on...

We're continuing to refine and revamp (or re-🧛 if you may, sorry) the dance battle system to make it less complicated, more strategic, and quicker. Those all might sound contradictory because they sorta are, but we're doing our best to thread the needle. 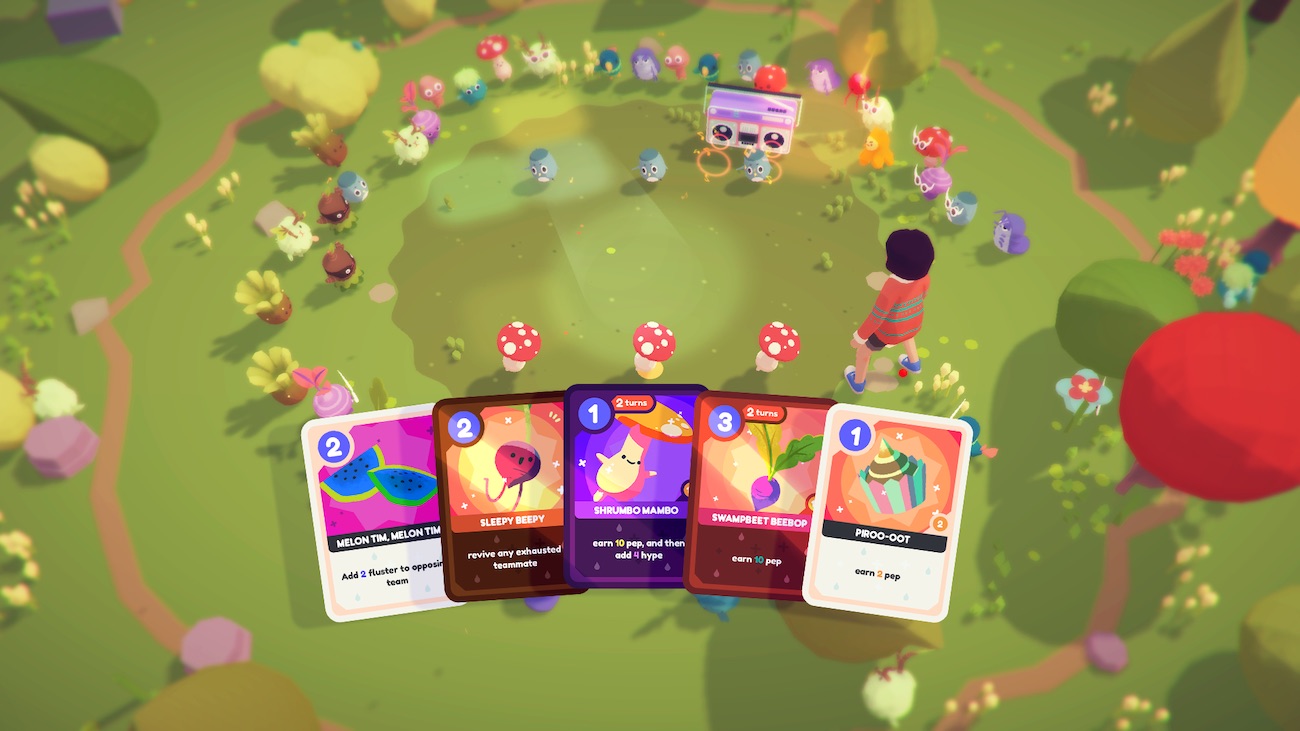 And here's a lil reflecty effect on the cards:

The new ideas we're working with are definitely feeling like the right direction but we've still got a ways to go on it. Having only a couple moves per ooblet instead of a whole deck is making all our balancing decisions a lot easier and letting us make the early introductory dances go a bit smoother, which incidentally takes us to:

Last month we talked about how we had started paring down the intro to get people into the gameplay faster. It involves editing, rewriting, and reorganizing a bunch of the early intro modules (which is what we've been calling the self-contained scenes that introduce a concept). 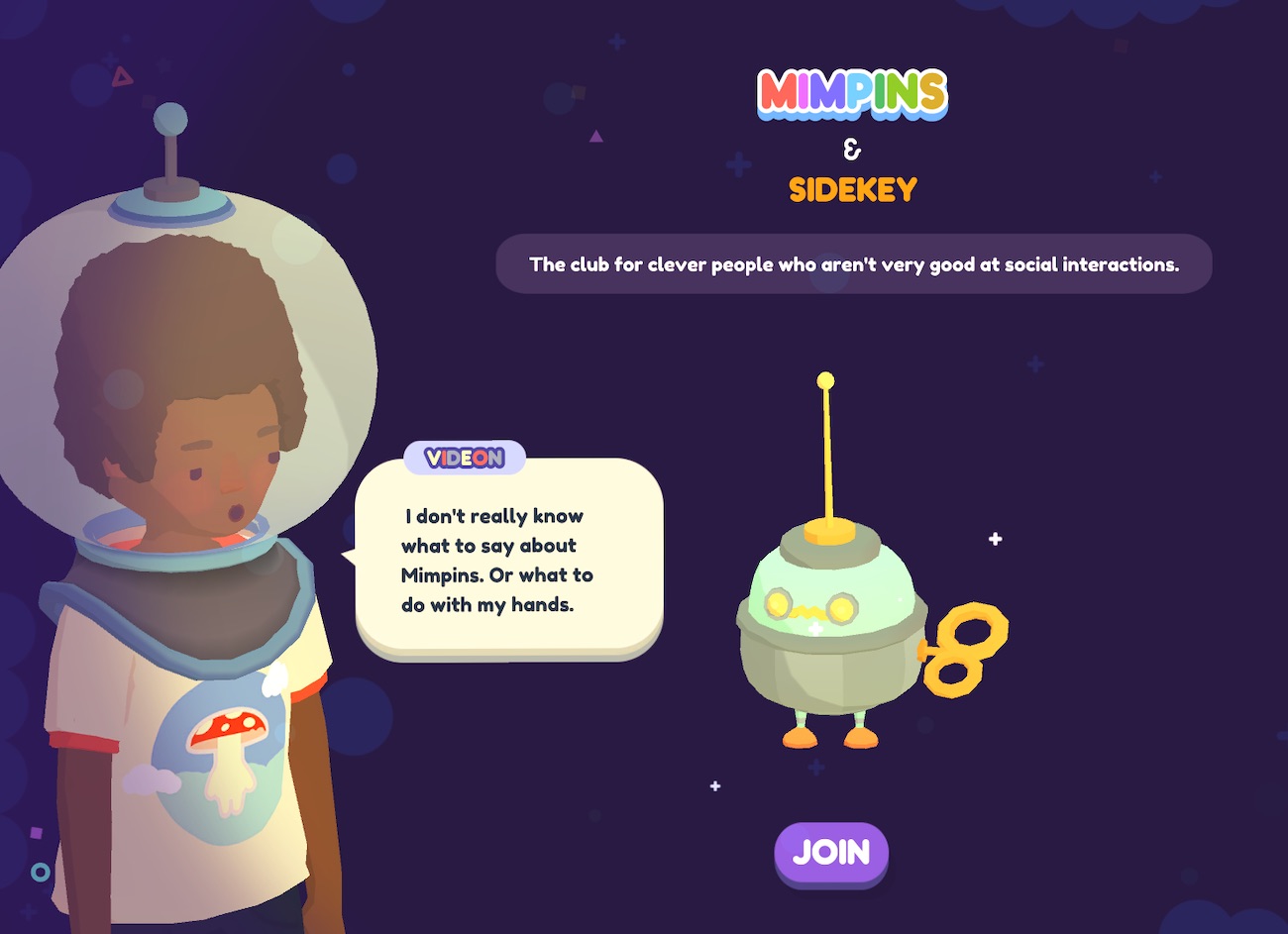 In the past month, we've gotten the core implementation of all of these and there's only some polish and testing we still need to do on them. 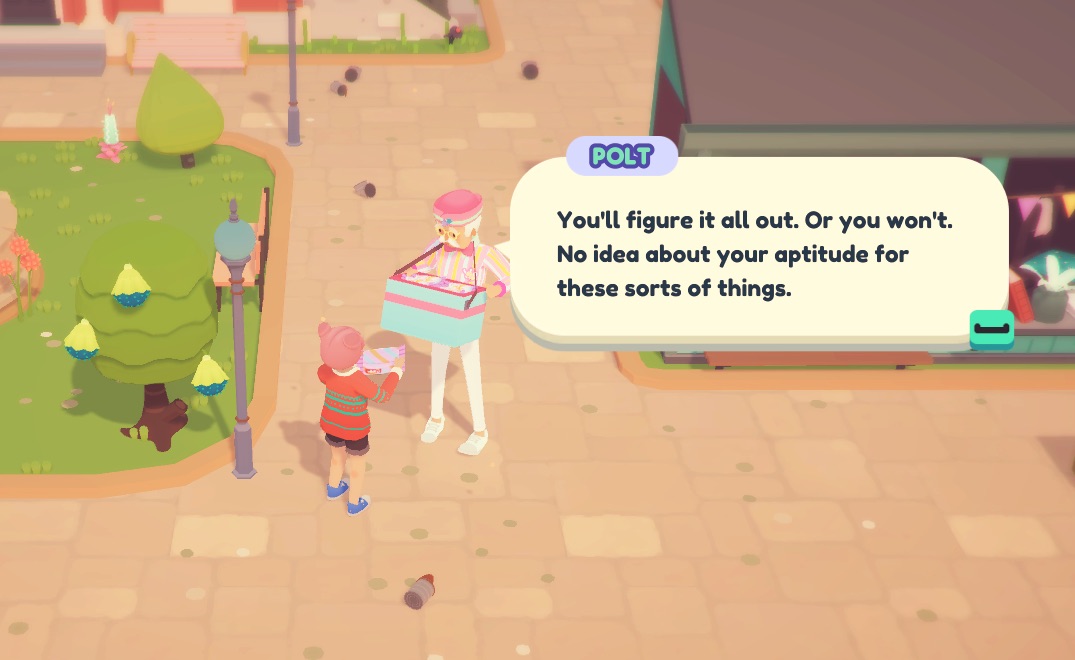 We spoke about our decision to switch the consolation (post-dance) treabies system over to an upfront payment system to get into battles. We've since implemented this new system and designed the UI for it, and it's feeling really good. It adds a whole new dimension to gameplay because it gives you clear goals for what you need to accumulate ooblets. 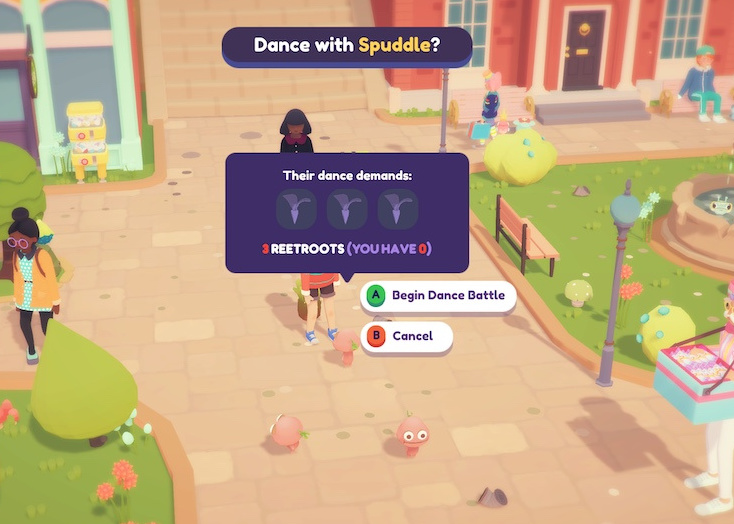 Finding a good use for oobcoops

This one hasn't been implemented yet, but we spent a bit of time this month figuring out a better purpose for oobcoops, which had been largely underutilized after a few changes made their existing purpose less meaningful. 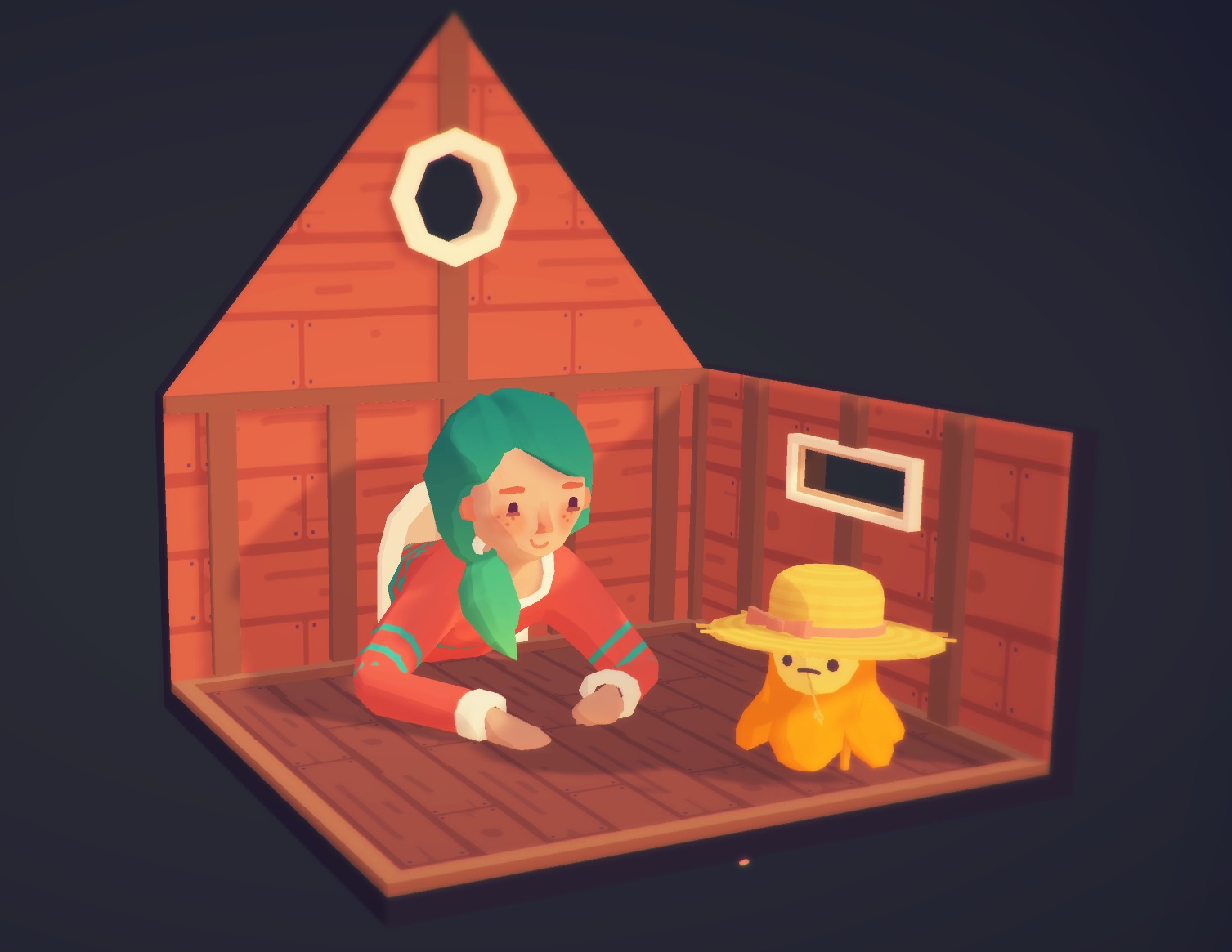 The new idea is to treat them as mid/late-game ooblet-driven farm automation sub-sections... Don't worry, it will make sense. Since it's later-game we're putting off implementation for a while so we can prioritize things that will let us release the game sooner.

With our new resources, we've been able to start slowly expanding the team. We're taking a deliberate approach to this because hiring folks can be a pretty time-consuming enterprise.

One of the people we're working with now is Mara Patton who is a very experienced game designer. She's also got a lot of background in QA, UX design, and production. Her insight and creativity has been incredibly valuable as we figure out how to get everything working together and make our core gameplay more engaging.

We had also been working with David Gardner for animations a while ago, but now we're bringing him back in from the cold to work alongside us again as a technical artist, level designer, and animator.

The next stuff on our plate is continuing on dance battles, polishing the intro, refining the badge system and its associated content, and improving the farm UX.