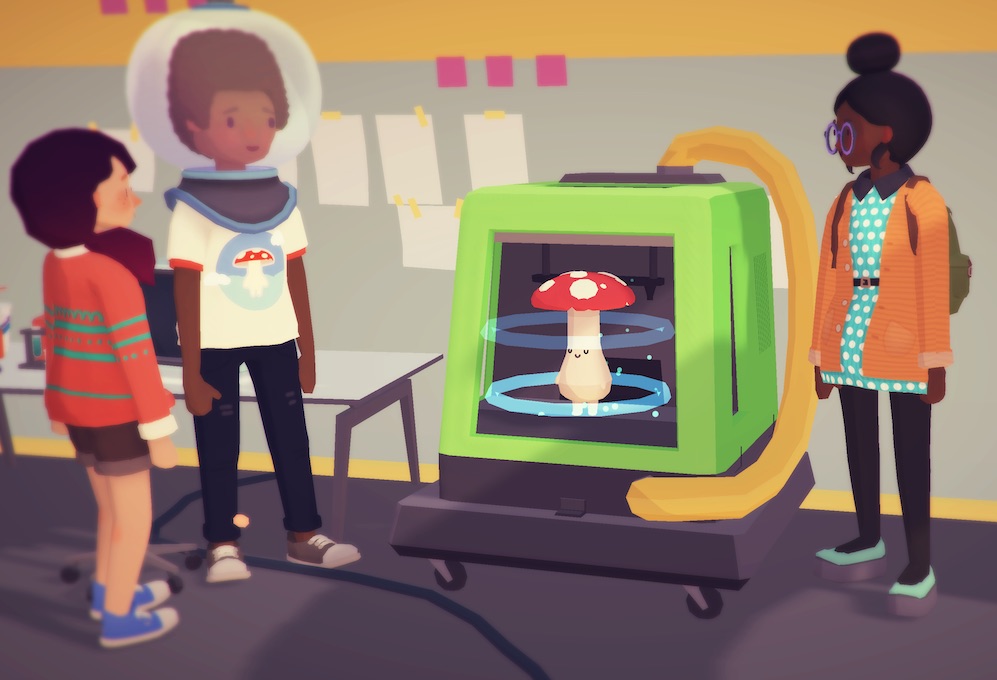 Oh boy, this is the third January of us working on Ooblets! That’s probably a really long time to be waiting for a game, but not a long time for a two person team to be developing a game like Ooblets.

We know you folks are getting antsy for a release date, and so are we. We don’t have an estimate just yet, but we’re definitely feeling like things are coming together. 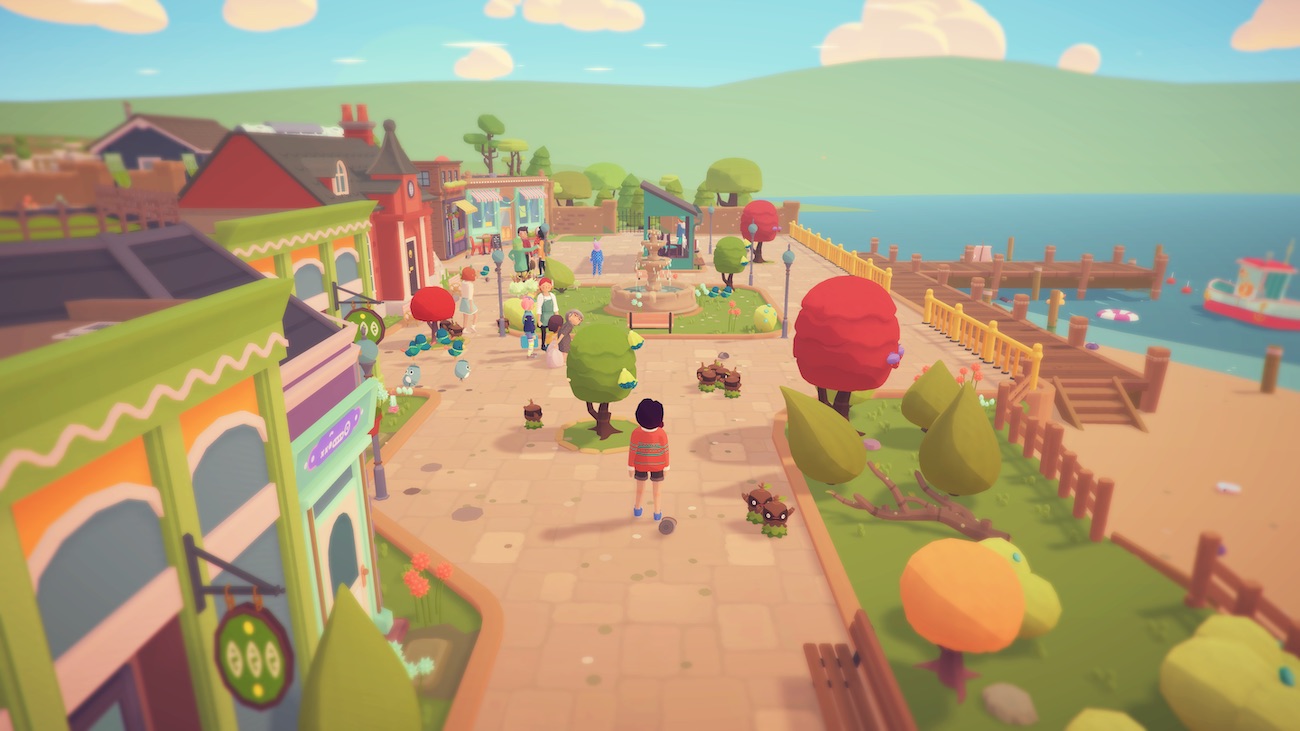 The big news this month is that we’ve finally been able to playtest the whole gameplay loop (at least for the early game content). Because so much of the game depends on like 75 different systems all functioning, it’s been impossible for us to actually play the game as real players would until we got all those systems working. 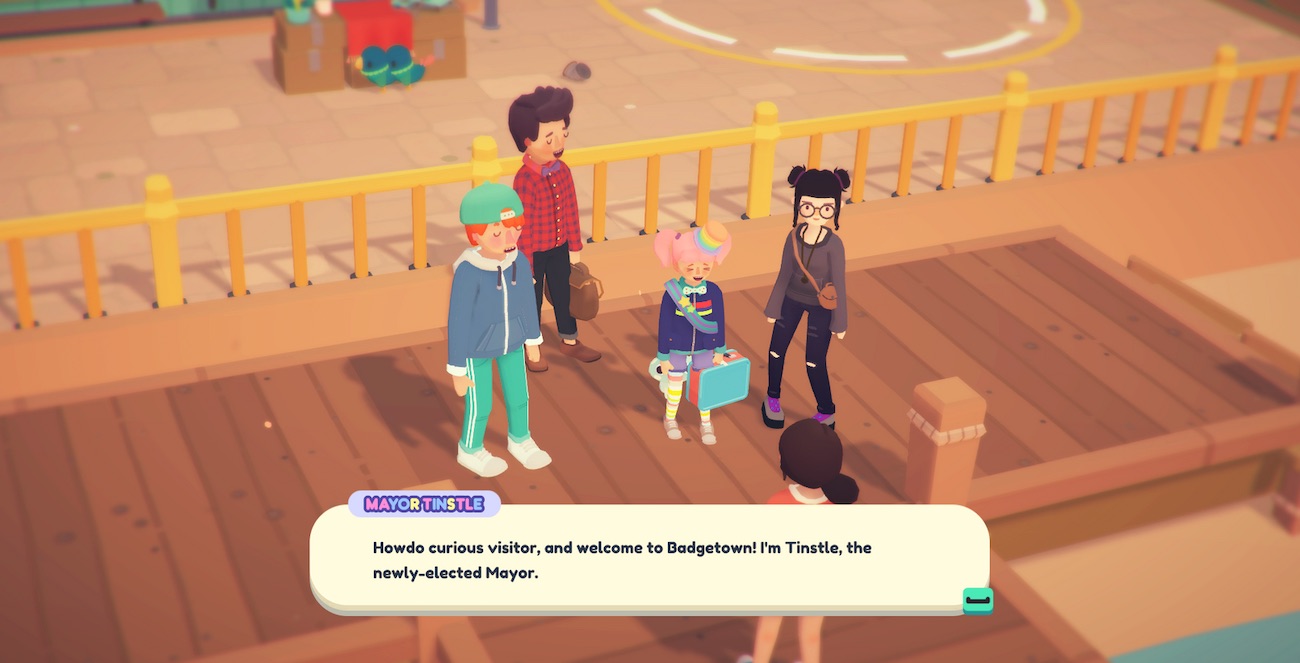 There were some worries that when we got to this point, everything would stink. Luckily, it didn’t. It did end up with us adding nearly 400 bugs and tasks to our task tracker.

Here’s a little peek into what the task/bug tracker for Ooblets looks like: 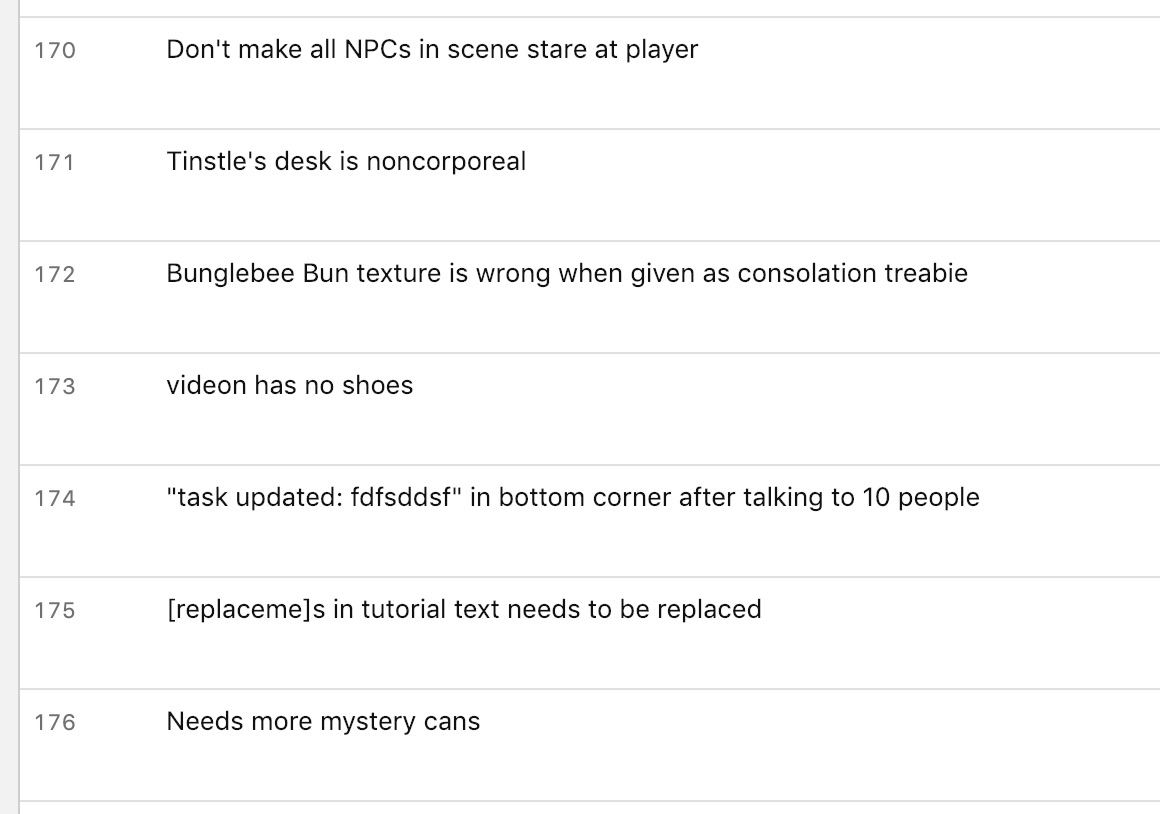 You can probably tell from this that Ooblets is a complex and very weird game.

And of those 400ish tasks, Rebecca has already fixed 247! (In case you didn’t know, Rebecca is the sole programmer and primary artist on Ooblets)

The big things we have left to do are full mouse and keyboard support, at least two regions finalized, better intro tutorials, and a bunch of changes to the underlying farming system we realized we needed.

Even though this month was ostensibly a playtest and bugfix month, we added a bunch of new content and systems as well because Rebecca is a MONSTER of game development.

When Rebecca designs a character, she goes all out. I had described the Bunglebee Bun Man as a generic dude in a uniform. I distinctly recall gasping when she sent me the first picture of what she made:

As your ooblets gain XP, they unlock more moves. But now you can feed them stuff to upgrade the moves they’ve already unlocked. You can only upgrade a card once and the cost increases (for that ooblet) each time you upgrade one of their moves. 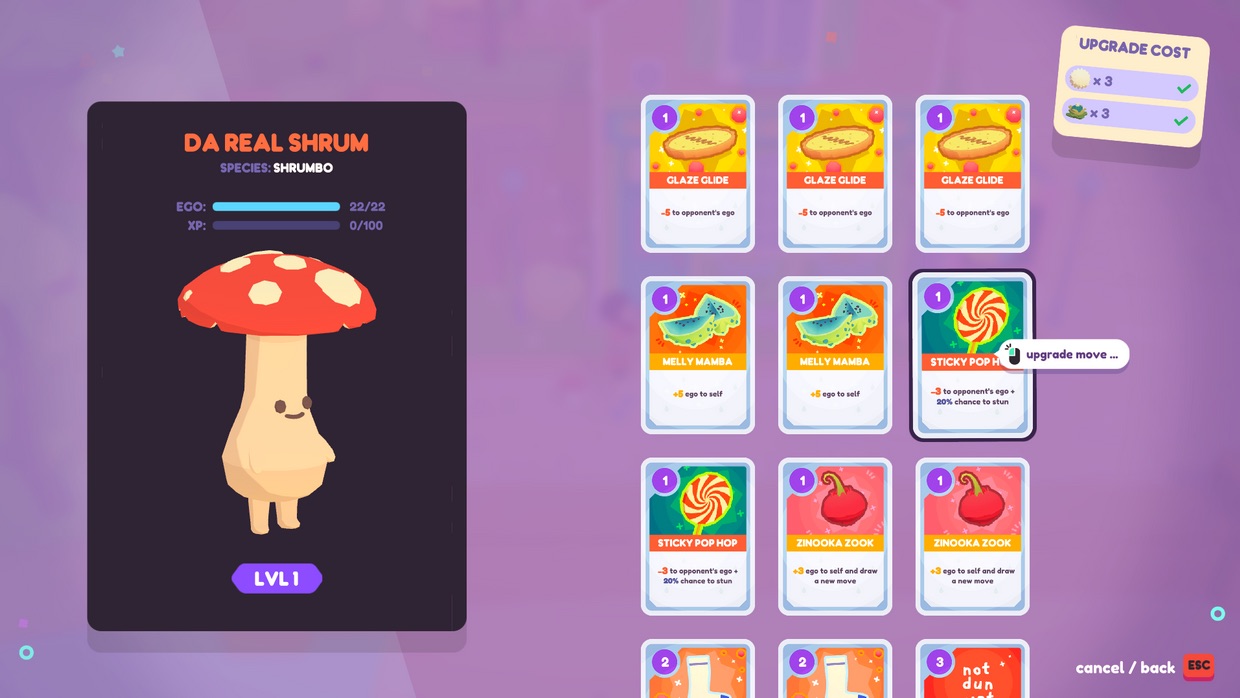 It’s a really nice way to tie the farming and crafting gameplay to the dance battle gameplay! 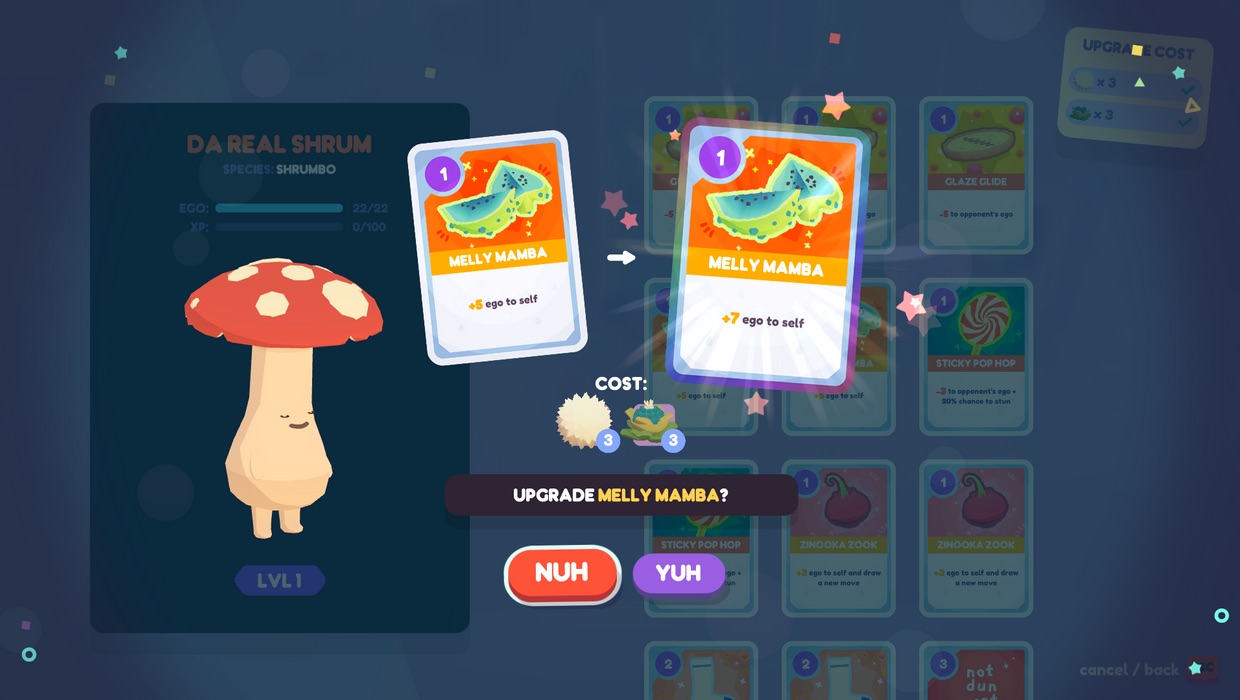 Now you can buy fanny packs (or “bumbags” for those of you I just offended with my crude word) and backpacks to hold more items in your inventory. 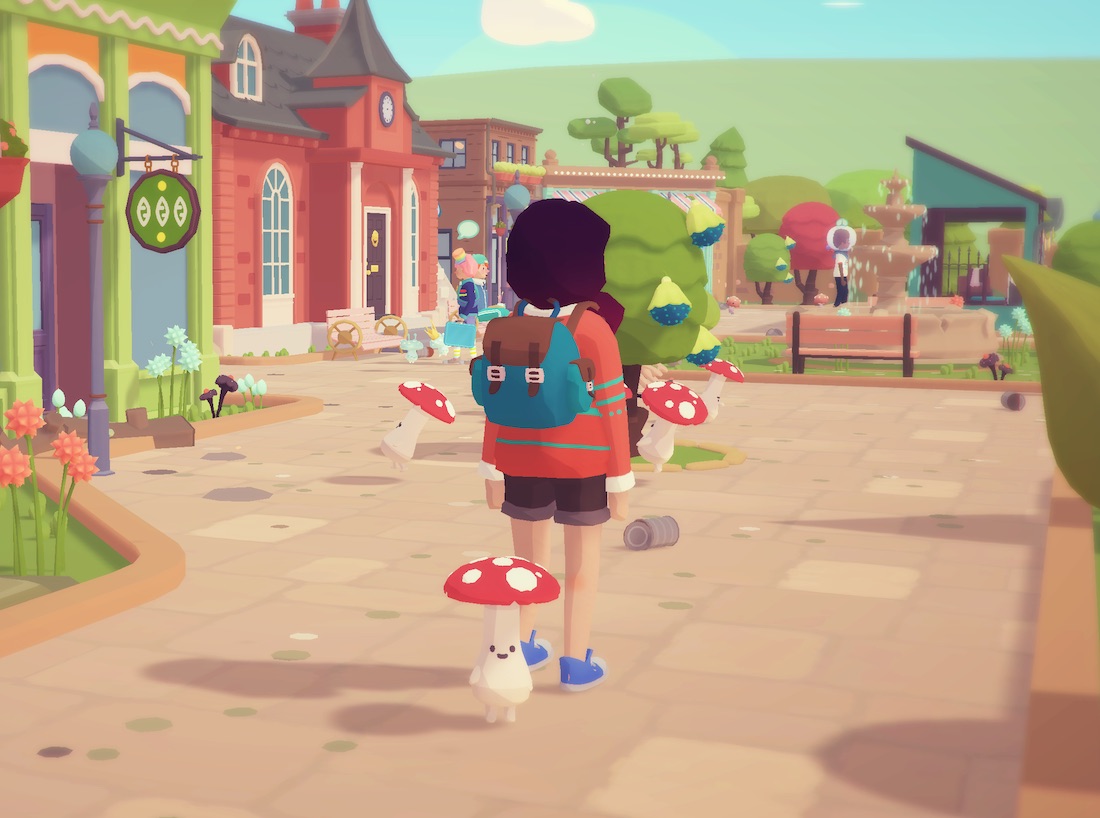 You’d think we would have implemented this a while ago, but alas Rebecca just threw it together yesterday at 3am. Now you can buy better watering cans to water more quickly and hold more water. 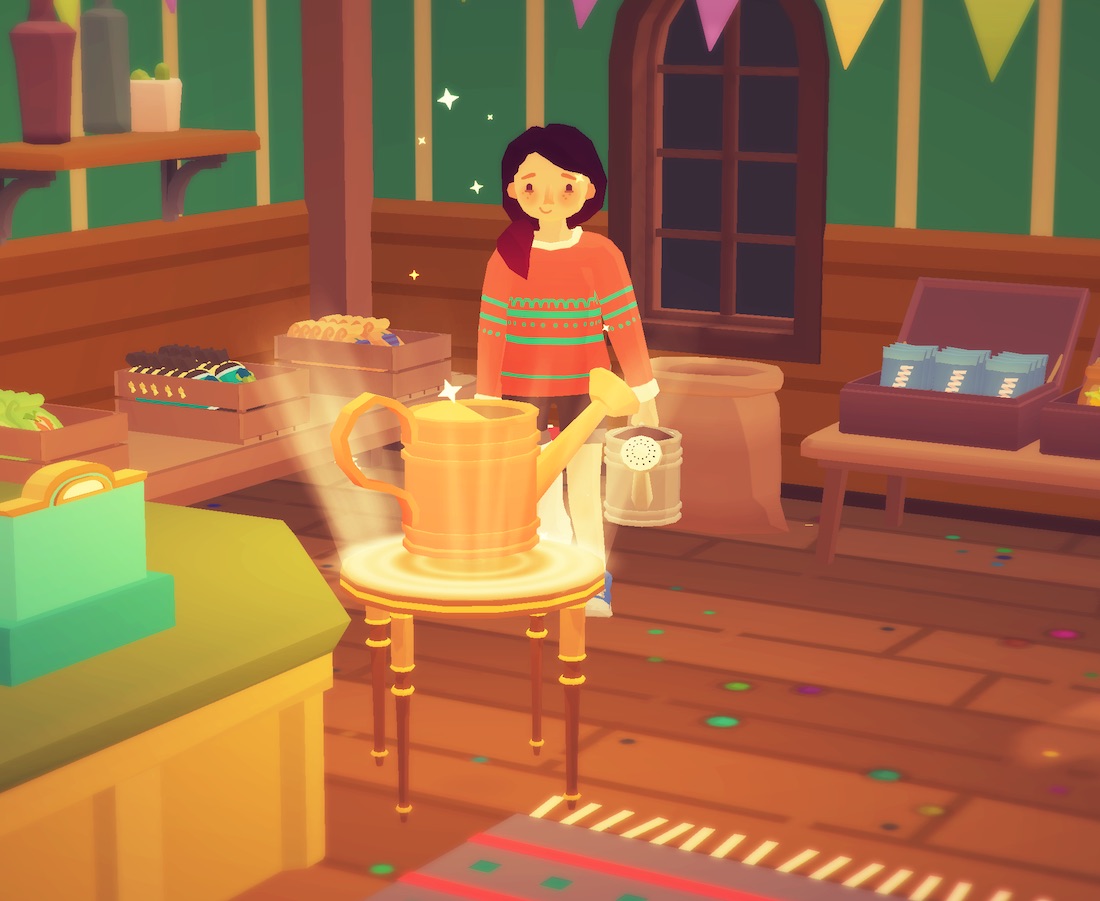 We haven’t come up with a name for it yet, but there’s now a scanner in the Lernery that Rugnolia will use to scan each new ooblet you bring to her. In exchange, she’ll give you some gummies and maybe a coauthor spot on her next academic journal submission about ooblet migratory patterns. 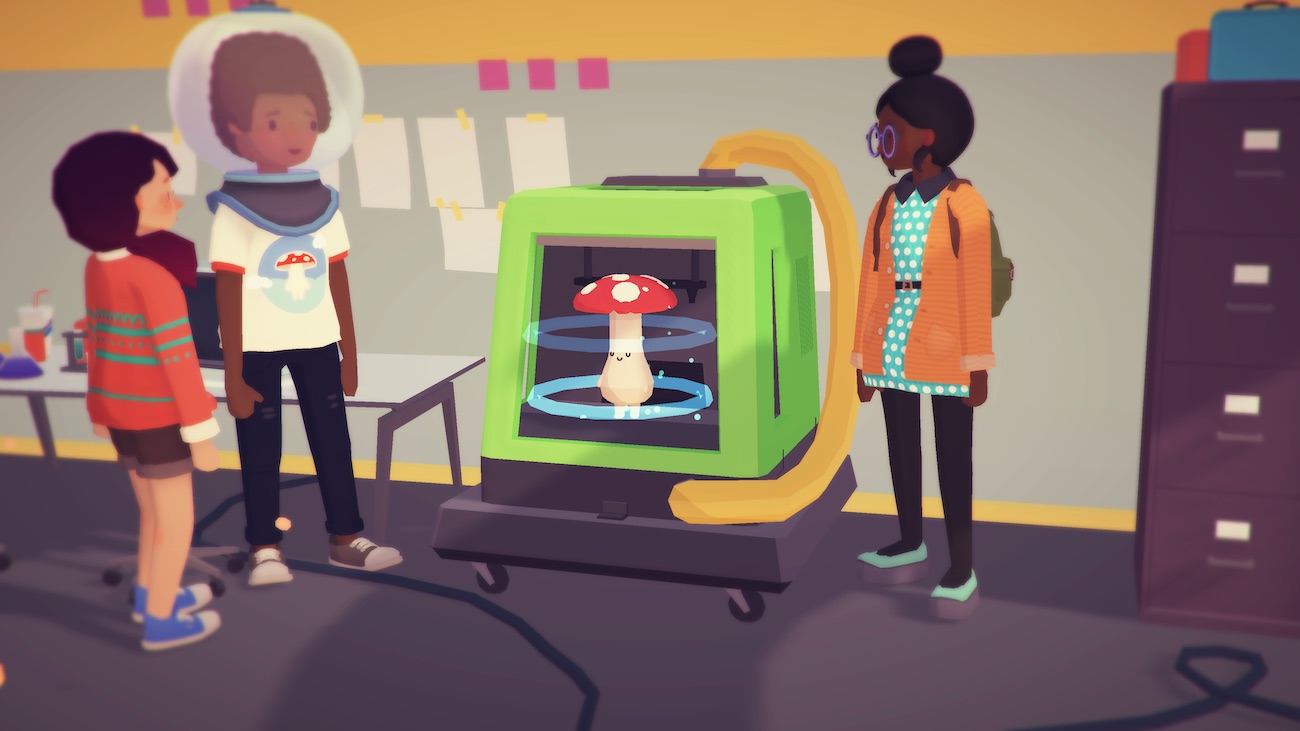 And on top of all that, we upgraded the project to a much newer version of Unity, which we had been putting off for like 2 years… It was a sorta difficult upgrade since it involved a lot of fiddly stuff I don’t understand about Text Mesh Pro. 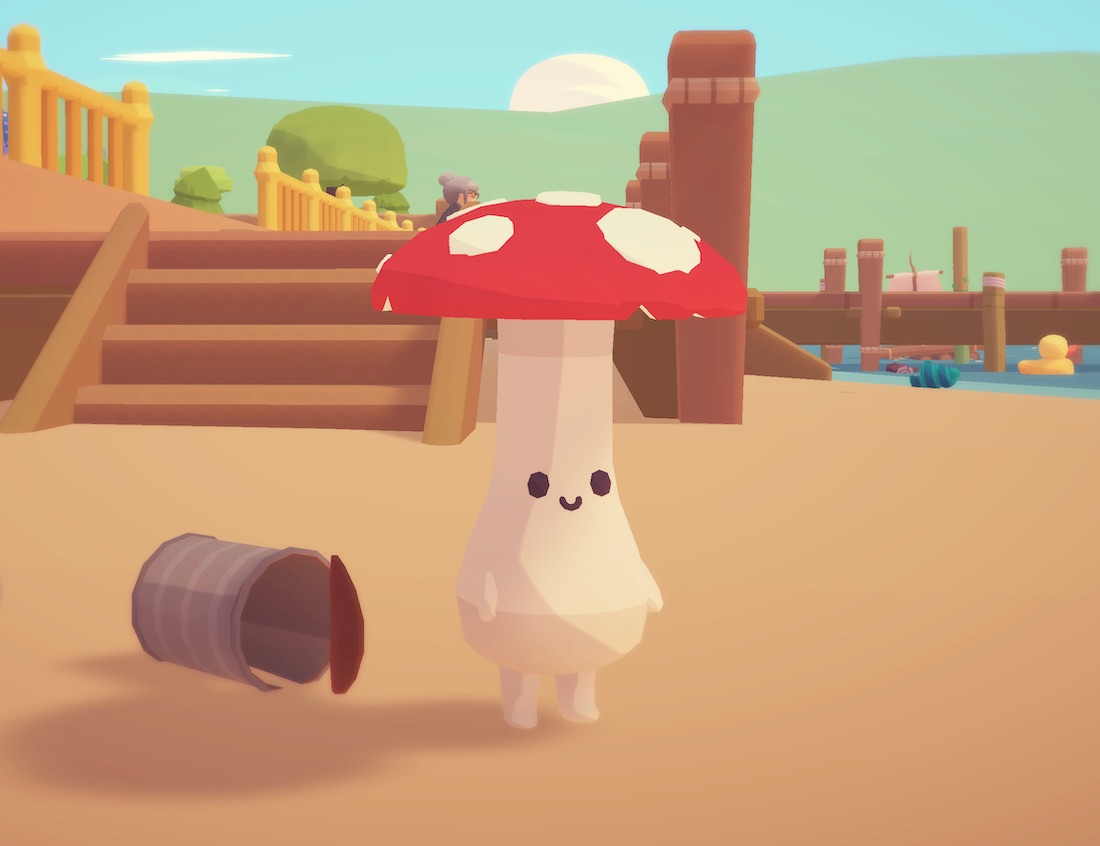 I’m hoping that next month after we get some more testing done, we’ll have a better idea of how much longer we have left on development. We’d love to announce a release date but we don’t want to jump the gun and disappoint people, but stay tuned because we’re in the final stretches of development!

If you’d like more details about our progress, you can get them emailed to you by joining Rebecca’s Patreon for $1/mo.