Announcing Legsy! [and a devlog] 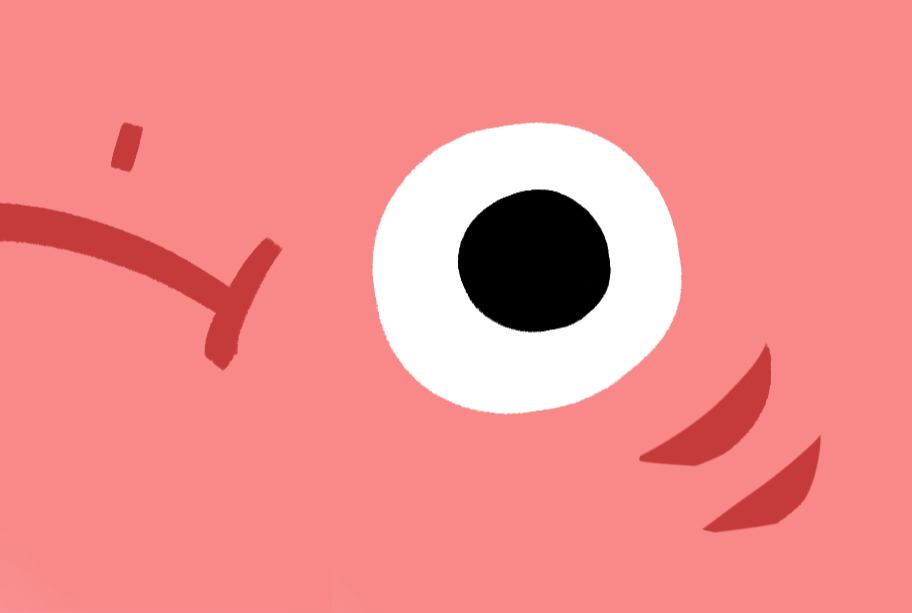 People have been HYPED about this new ooblet since we first teased it with the image above. When we unveiled it on social media a couple days later, the response was pretty intense. It was even covered on a Japanese gaming news site!

Anyway, here it is in all its glory: 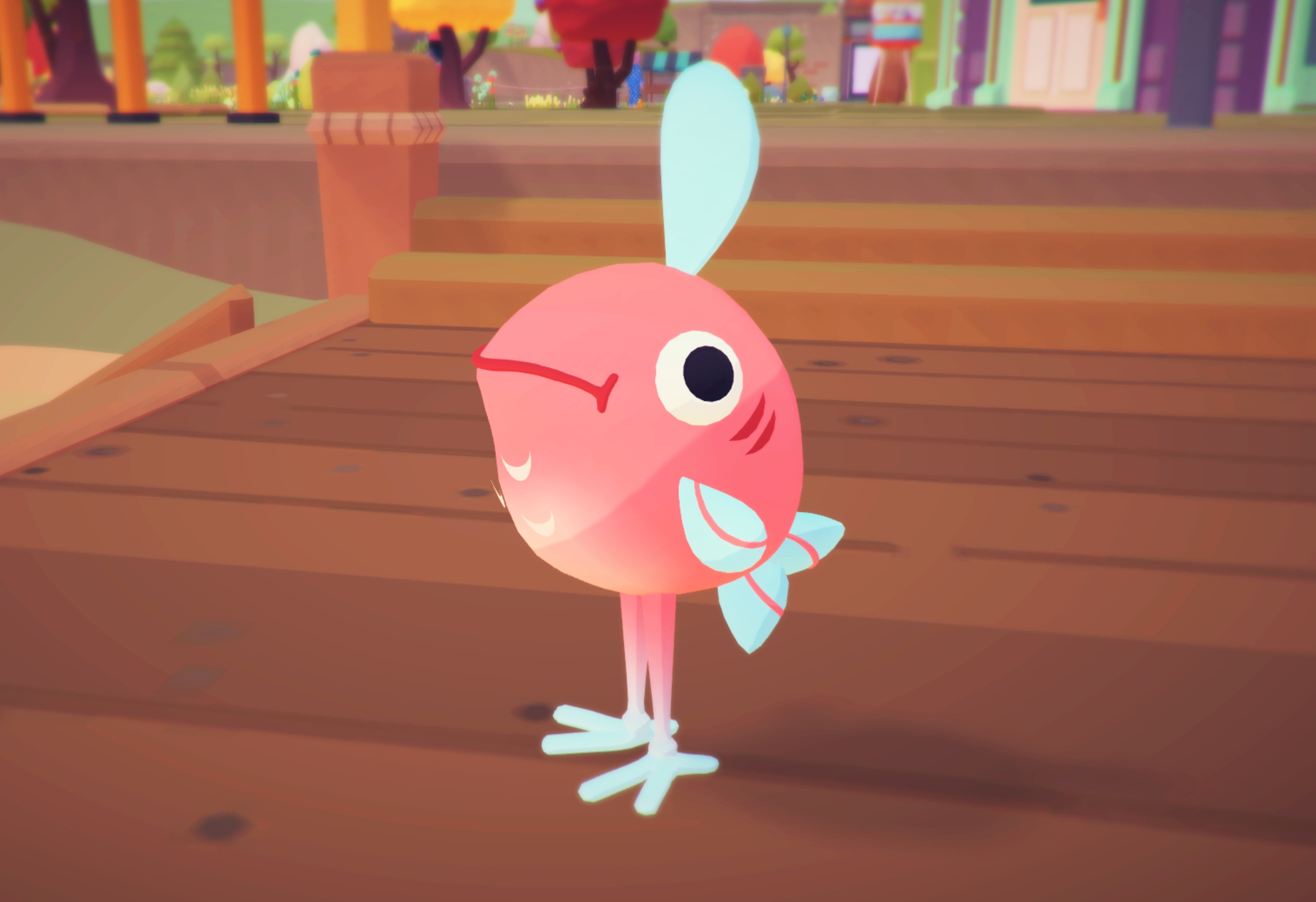 It was modeled by Rebecca and based off of this concept by Miski: 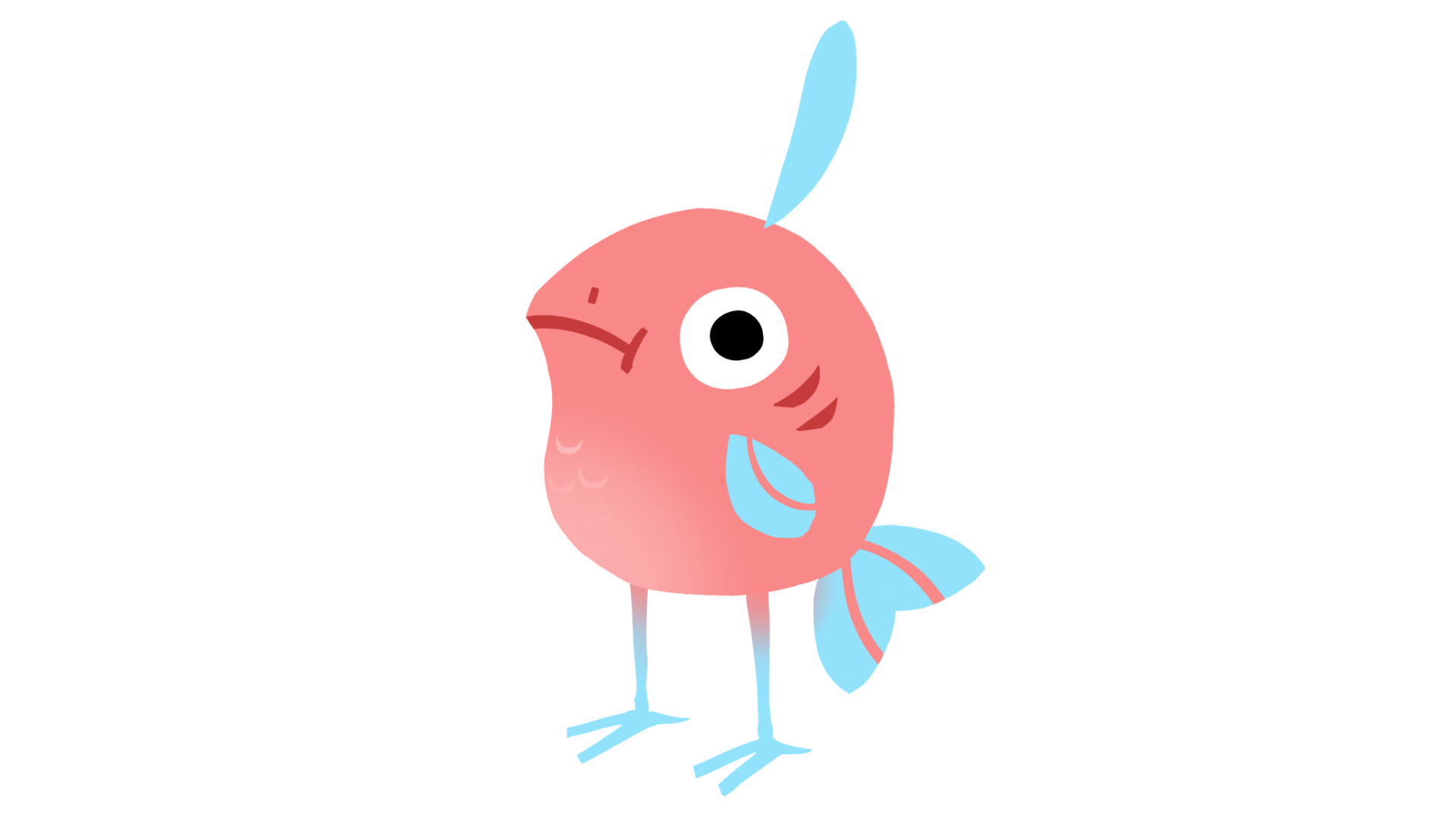 We asked people on Twitter, Youtube, Tumblr, Facebook, and Discord whether we should call it Amblobious or Legsy and after a very close race and many fierce supporters on each side, Legsy won out. We'll probably still put Amblobious in there somewhere in its lore one way or another.

And as if this new ooblet weren't enough for you, we've got other progress updates: 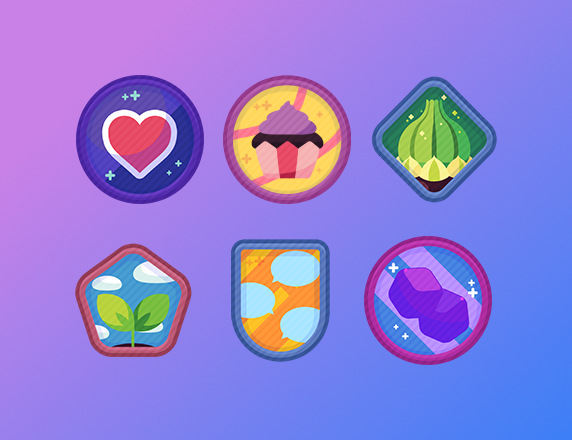 This month we've been working on our achievements system. We'd originally started implementing this as a research tree, but we eventually had to come to terms with the fact that Ooblets isn't actually a strategy game and so a research tree really didn't fit.

Instead, we've flattened it out a bit and made each achievement a badge you can earn that rewards you with items, game bonuses, and things like extra followbaby spots. It can still act sorta like a research tree in that different badges become available after you've earned other badges, but it's less pressure to make each one do some gameplay-changing unlock. 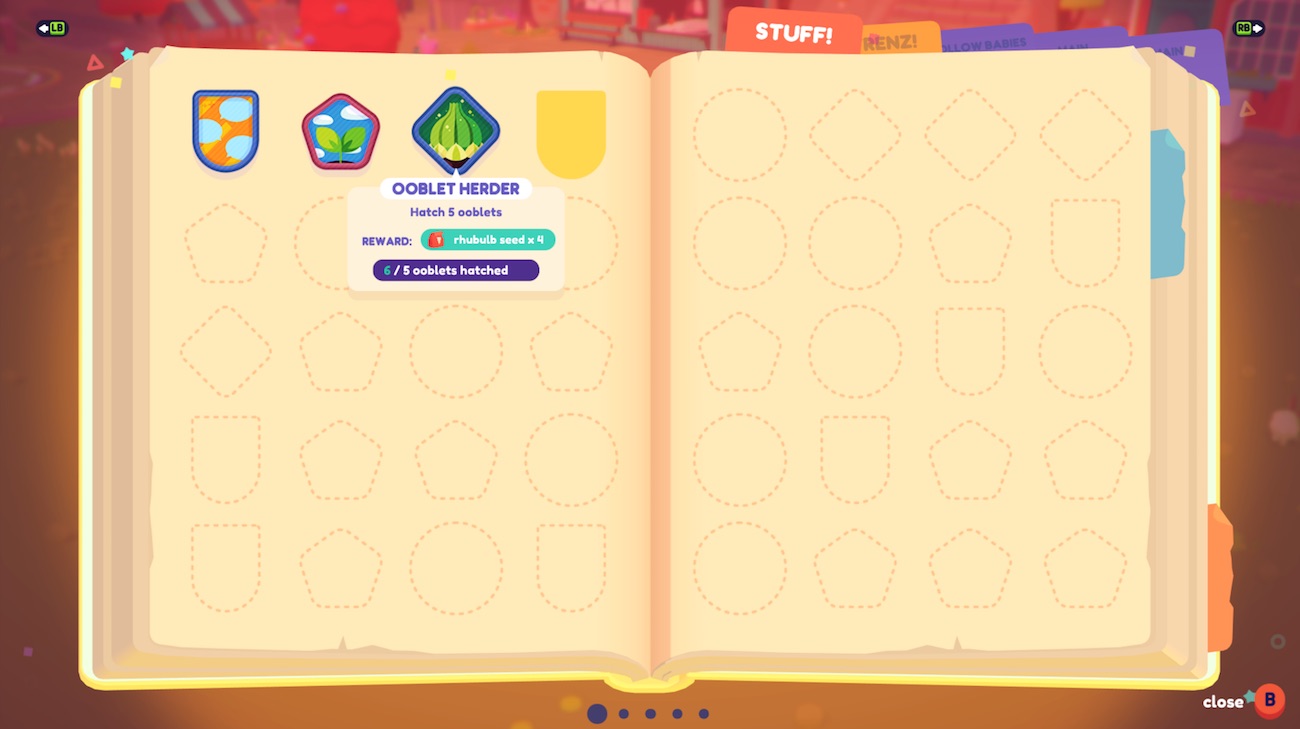 We start you off with a pretty dinky farm so you'll want to save your gummies up for this big unlock! Get a whole new section of farmable land through our new farm unlock system. 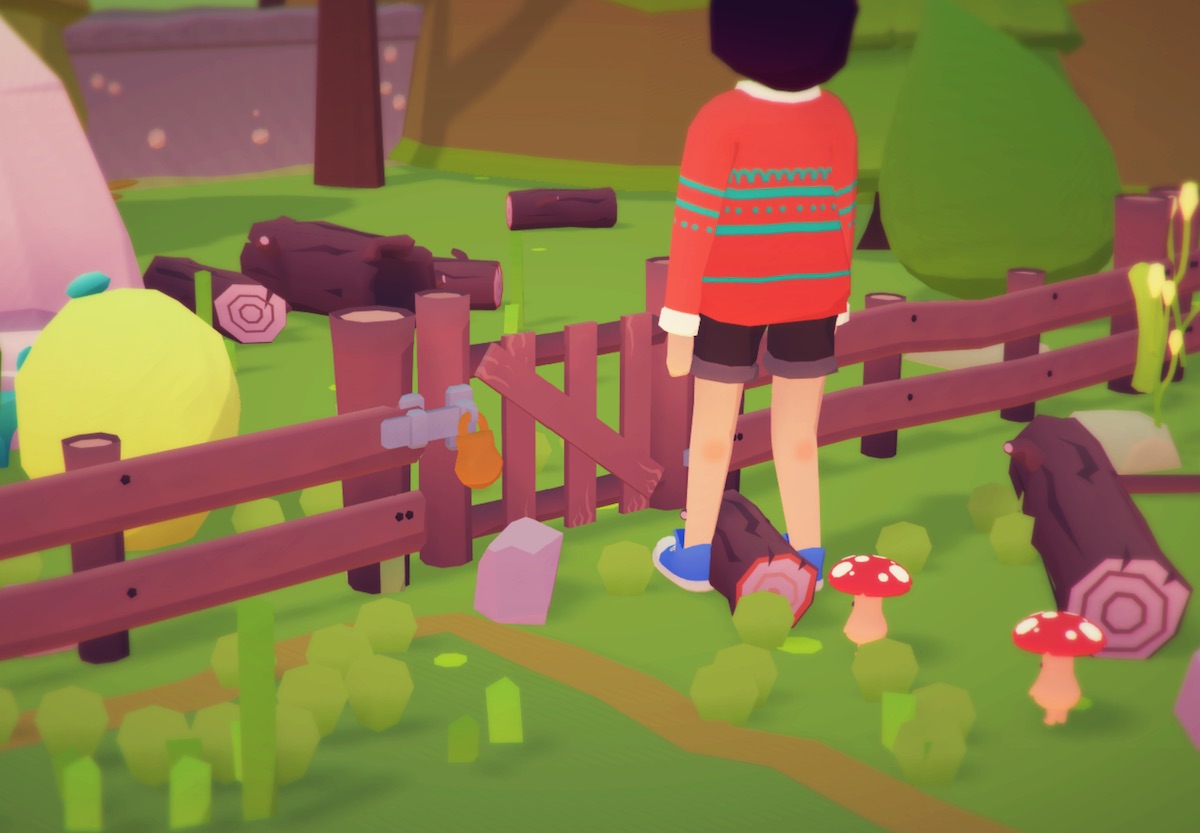 This is nice because it lets us put some of the farm in another scene to lower resource requirements and adds a level of progression to the farm gameplay. 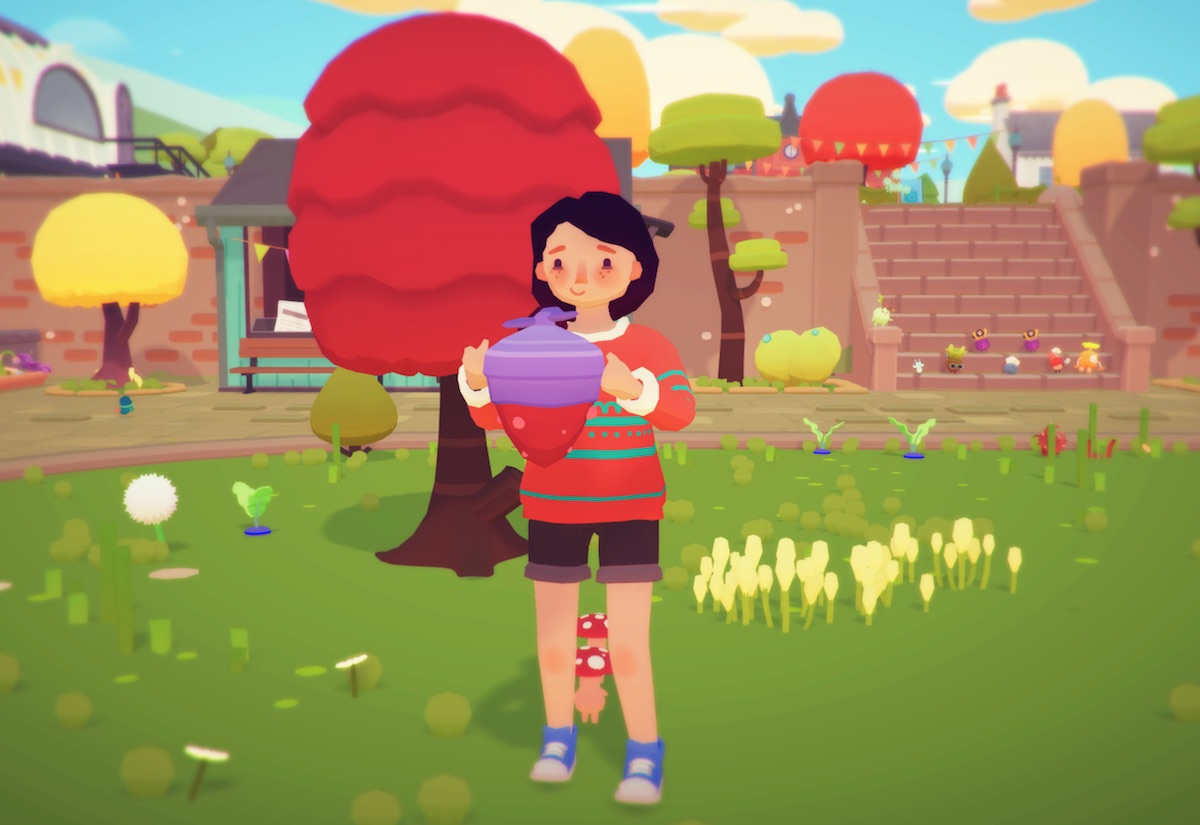 While we're still figuring out all the foraging aspects of the game, we decided it was a good idea to implement fruit trees around Badgetown that you can shake to get fruities. 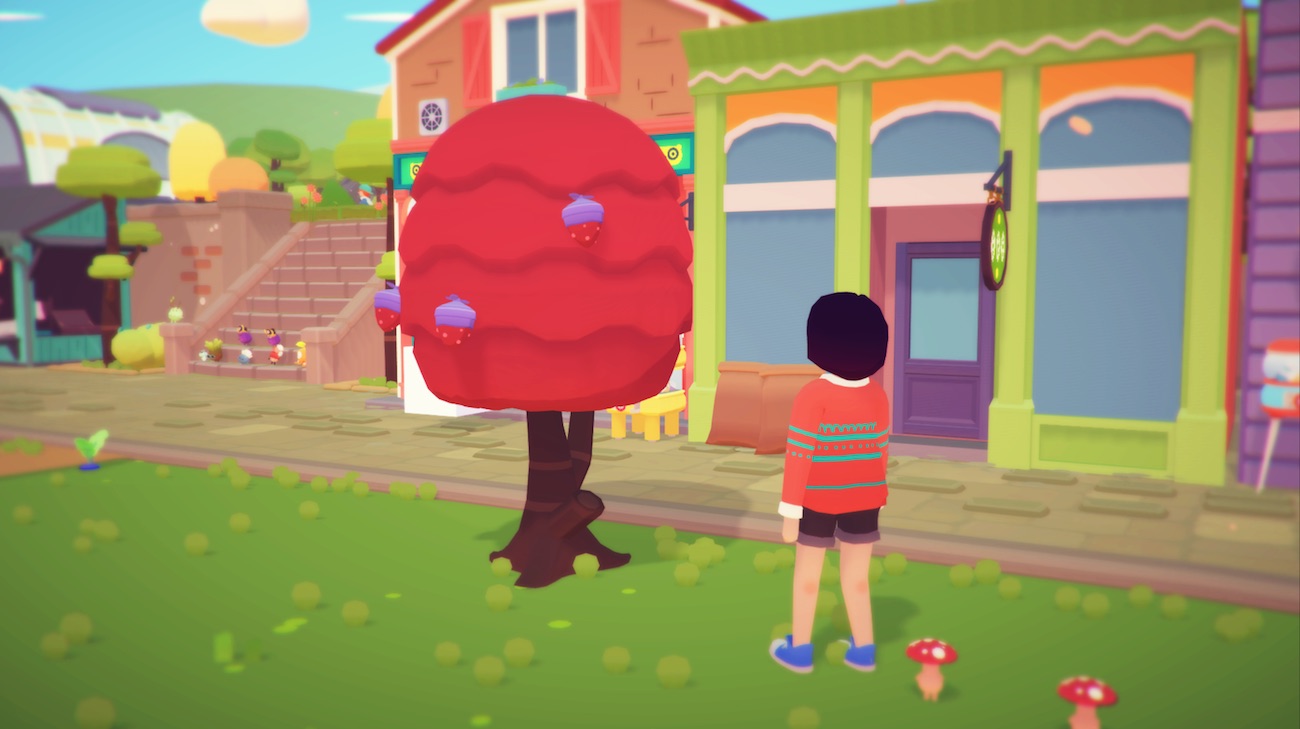 We're thinking you'll eventually be able to plant your own fruit trees on your farm later in the game to increase production. Fruities will be wanted by NPCs as gifties as well as used in recipes.

Just to keep everyone on the same page (and because everyone's always asking), I wanted to chat briefly about our release timeline. There are a lot of big things we still need to implement and everything ends up taking longer than we expect, which is sorta the nature of indie game development.

Right now, we're looking at a release some time in 2019 and would love it if that meant the first quarter of 2019, but that's just a goal. We're still a bit too far away for making an accurate estimate, so we hope you're patient with us so we can release the game in a decent state. It will be worth it! 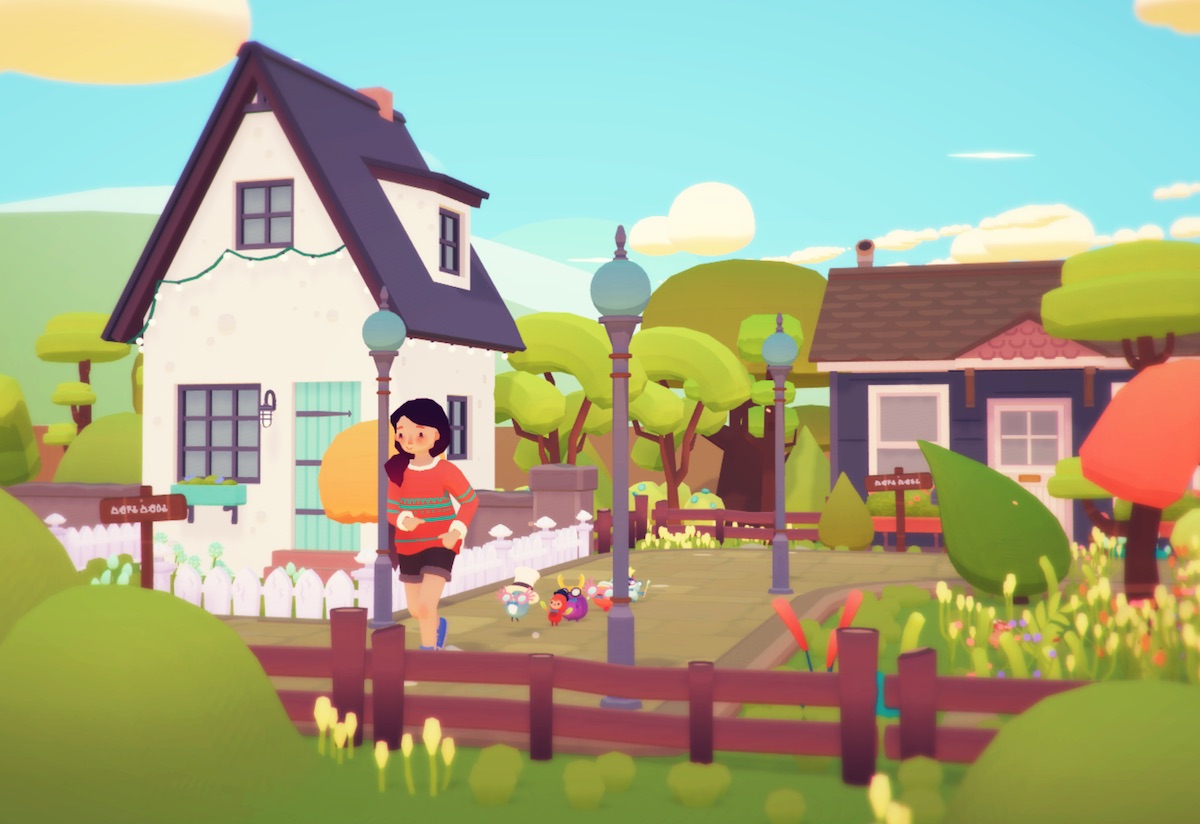