January 2018 Devlog: A new town on the water, nooblets, machines, shops, and GLEAMIES

What a month it's been! We've gotten so much done on the game that it's crazy to look back on everything-- but that's EXACTLY WHAT WE'RE GONNA DO!

Check out the video above, which admittedly isn't very good in terms of dev vlogs or vlogs or videos in general I guess... but it's all we can seem to make.

So what have we been upppp tooooo? Read on in what we hope will be delight, fair oobfans: 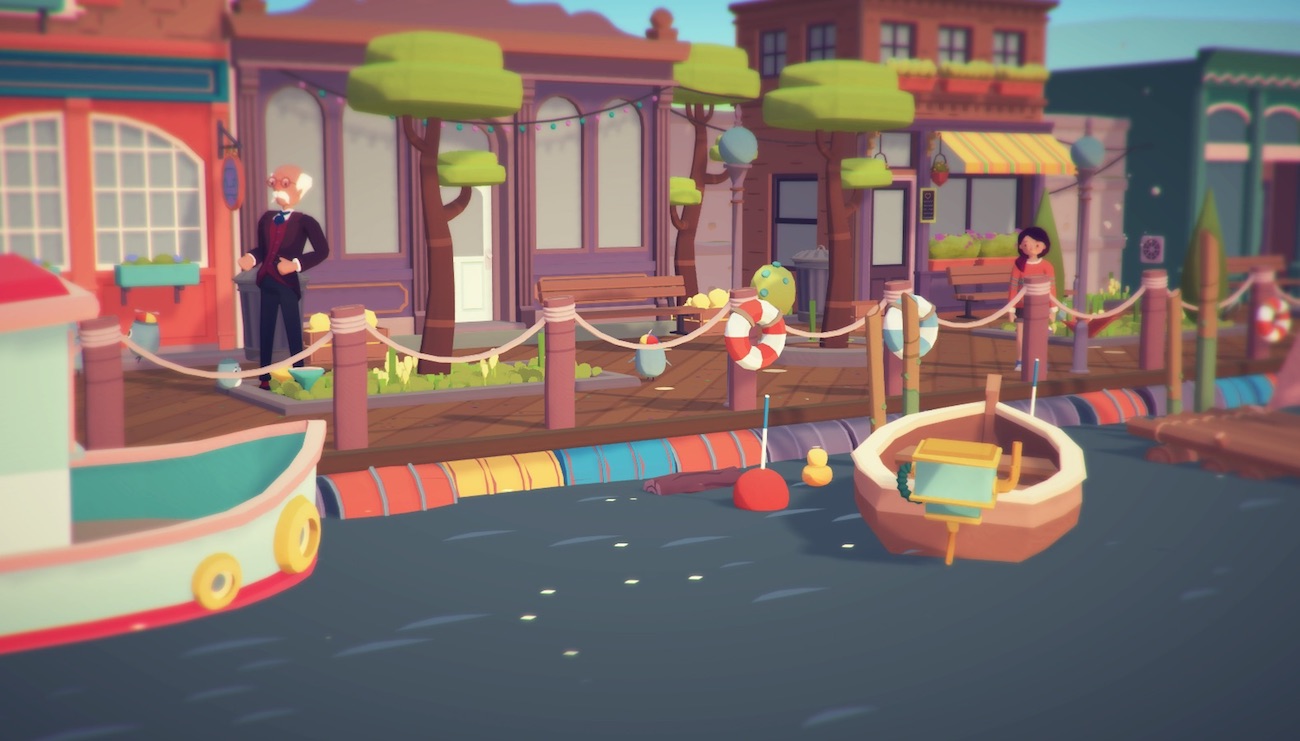 You know all those towns that are situated on artificial floating islands you see everywhere? Even Ooblets isn't immune to their presence, because that's just what Port Forward is. It's the newest region we've added and it's also probably the most complete, as well. 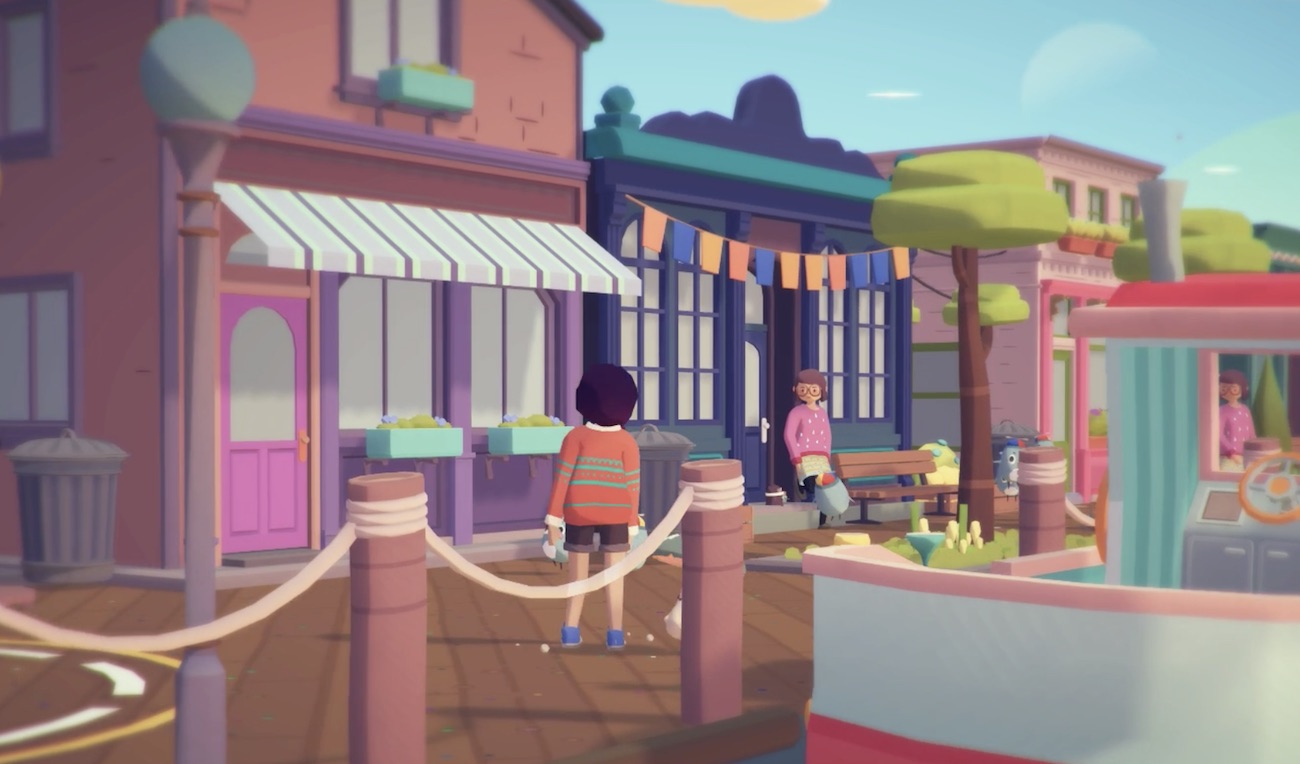 The idea behind it is that it's a little eclectic town that floats in the water. We're planning on putting in a few smallish shops in it that you'll be able to visit during and after completing the region storyline. No spoilers, but the story involves ¡REVOLUCIÓN!

Were you under the misconception that all ooblets were plant-based just because you grow them in the ground? We're here with a handful of nooblets to prove you completely wrong once and for all. You should be ASHAMED 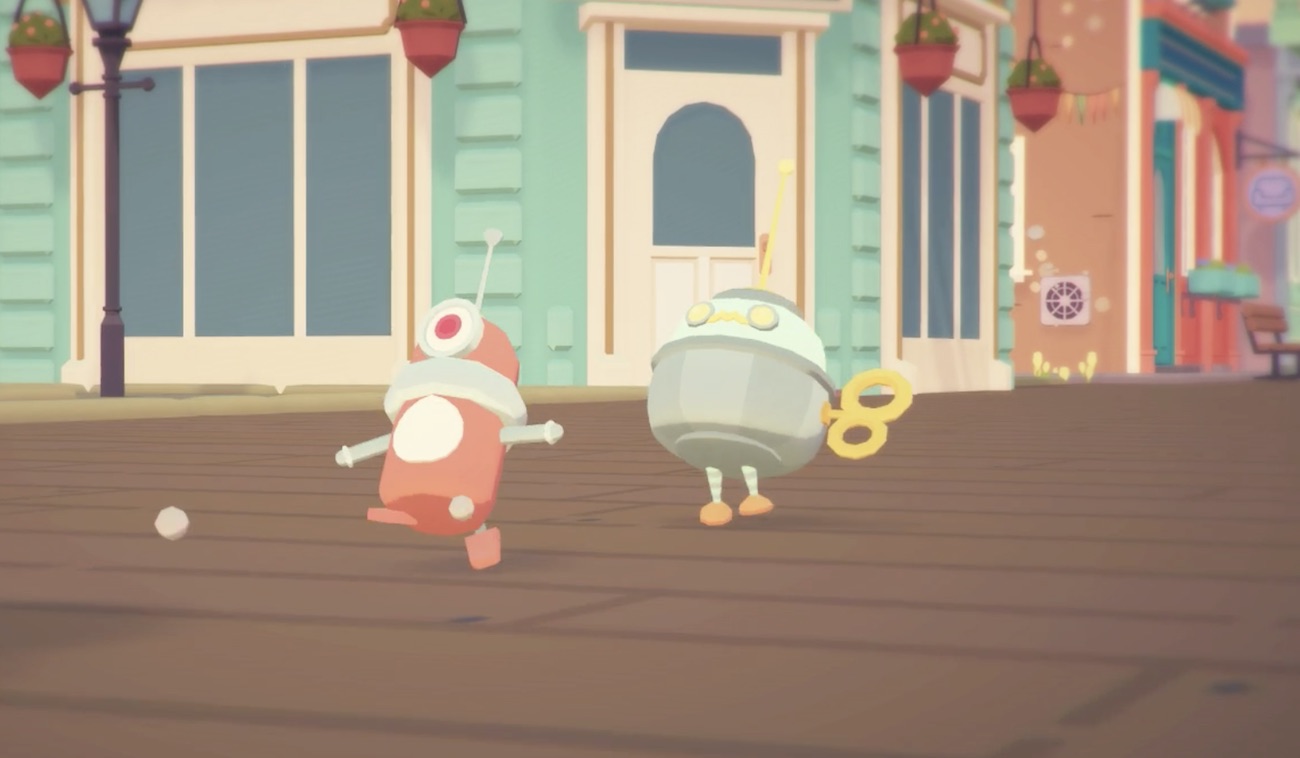 Meet Firmo and Sidekey, two new little robotic-themed babs that were designed and modeled by our very talented friend Sander. 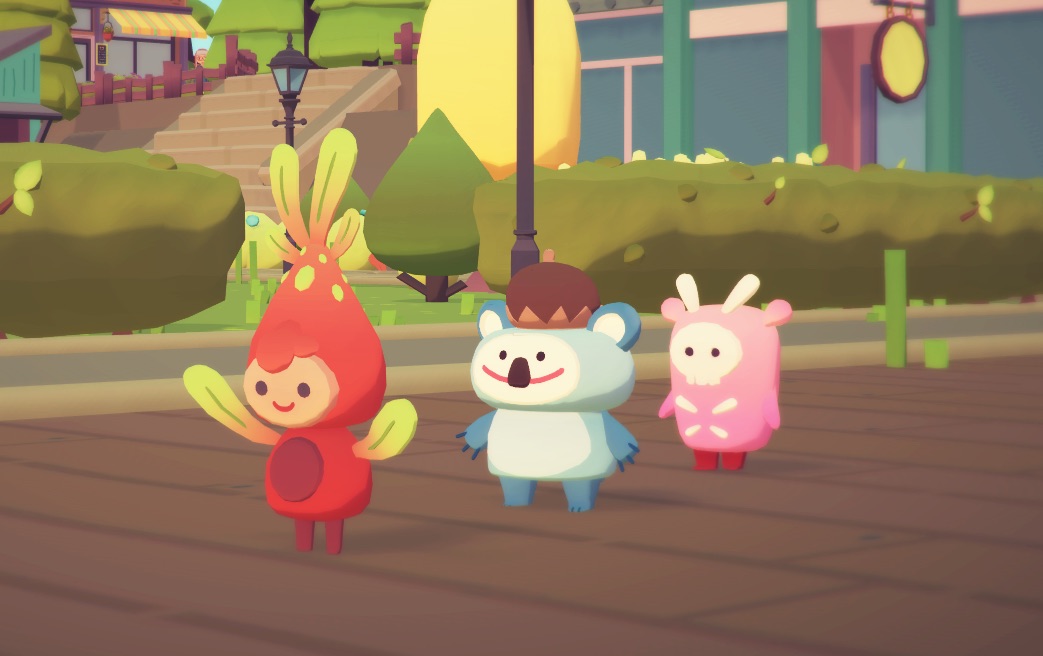 And these delightful and distinctive babbos are Gubwee, Kingwa, and Skuffalo. I guess Gubwee is sorta plant-based but that's beside the point. These three were all designed by bitmOO and modeled by Sander.

Didja know?? Ooblets have different rarity levels, but by far the rarest of all ooblets are their GLEAMY variations. 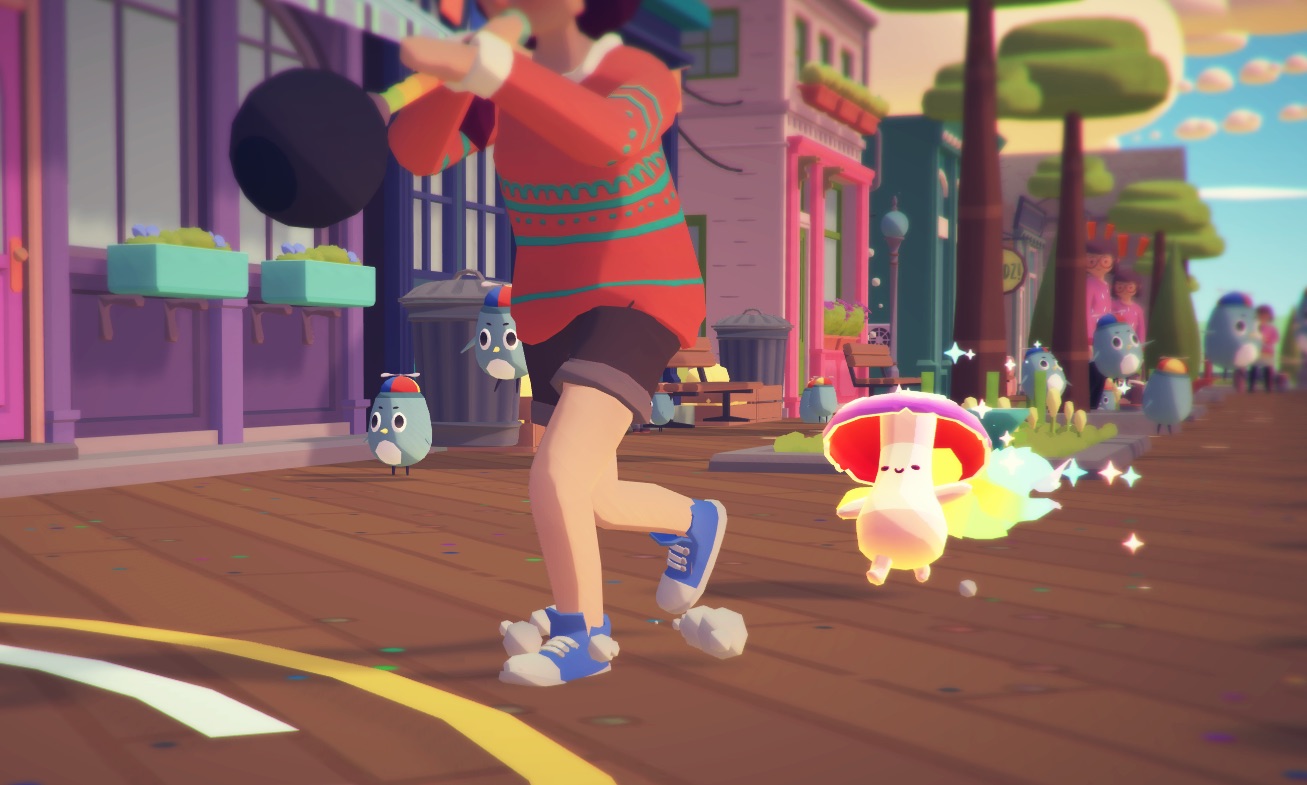 They're pretty easy to spot in the wild. Battling one has a pretty good chance of producing a GLEAMY seed for you to grow your own GLEAMY. 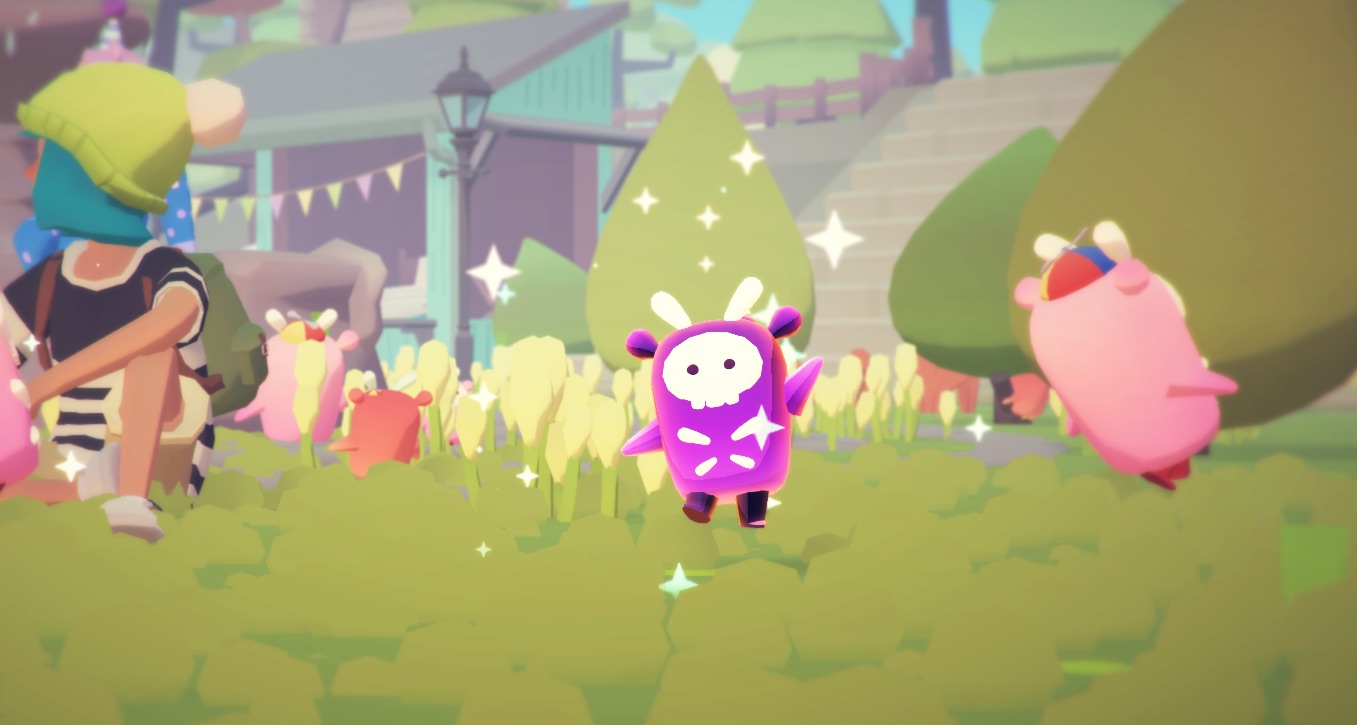 Why do I keep writing GLEAMY in all caps? you might ask. Well dummy, it's because THAT'S THE OFFICIAL SPELLING. Also it doesn't stand for anything, it just needs to be said with excitement. 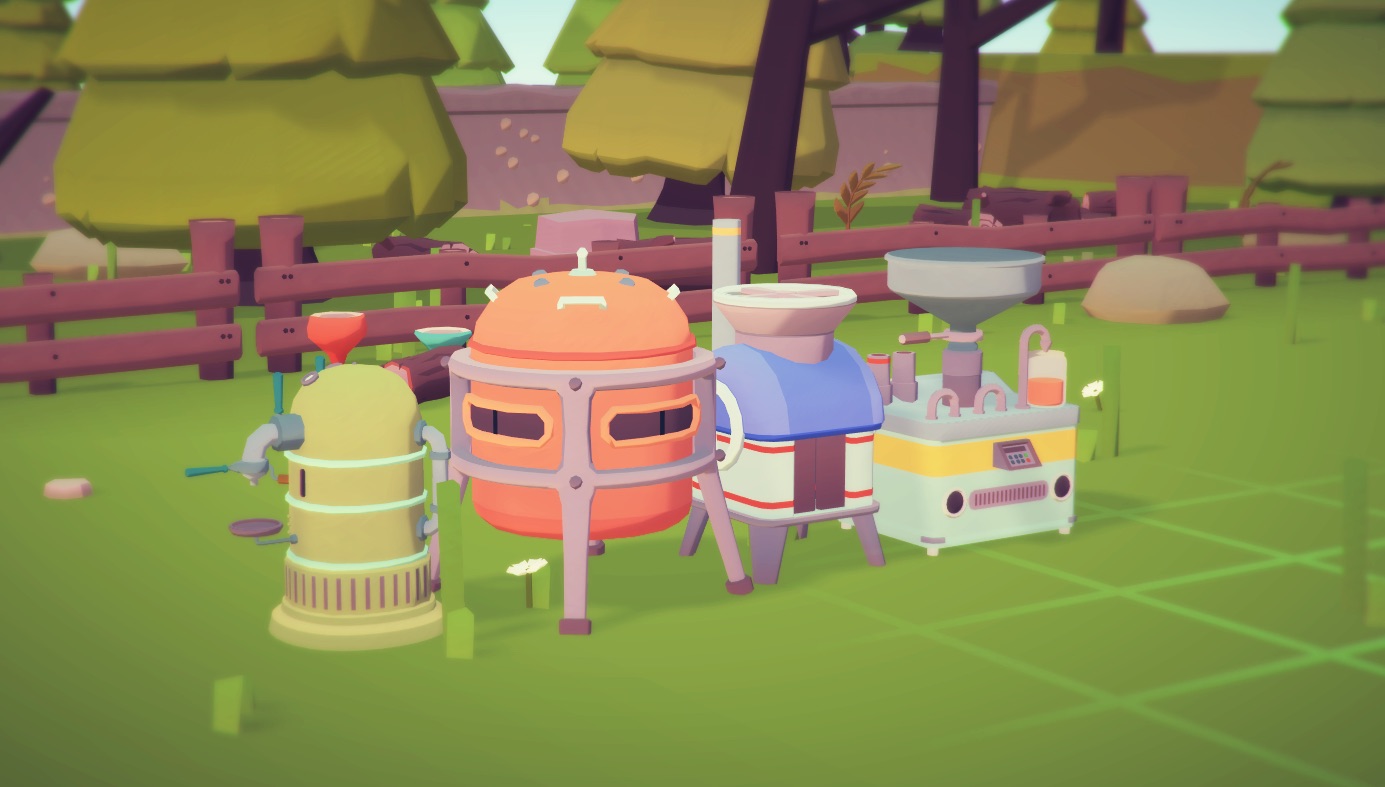 We've now got a PLETHORA of crafting machines, ranging from your bog standard gooperator to your more high-end soggifier.

Check out these babies! They're ready to ground your springbeans, goop your clustered custard, and slurry your nurnies. 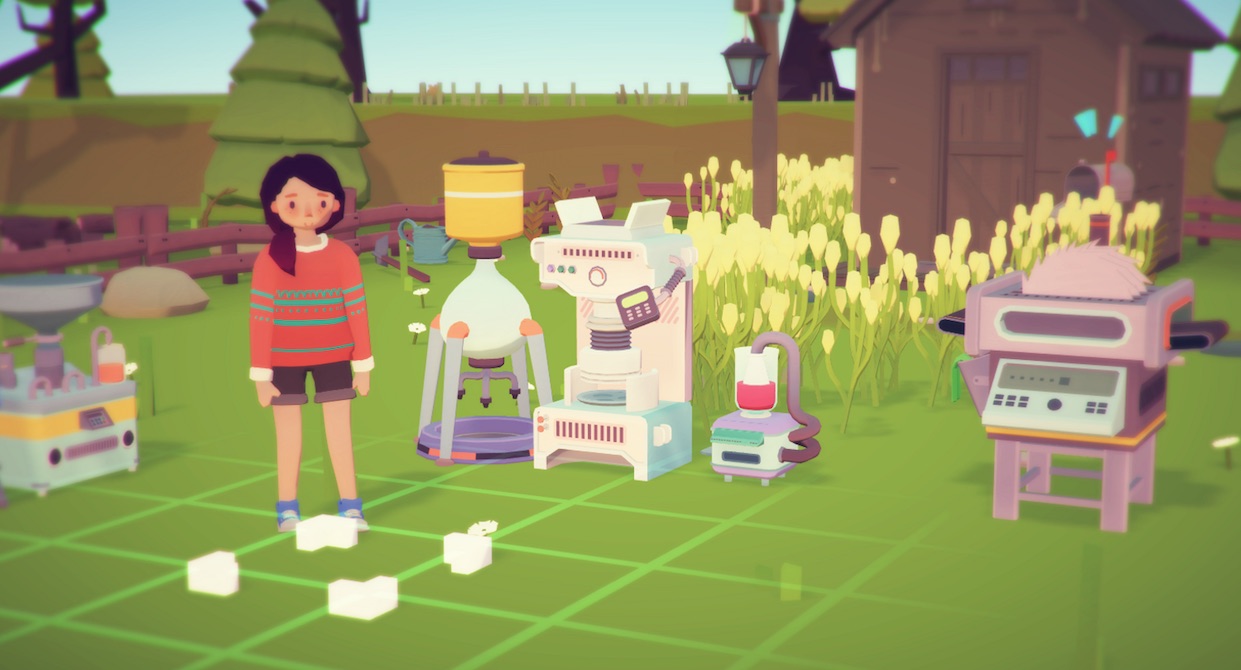 We've also made a brand new crafting system and UI to go along with it:

Who doesn't like getting mail huh?? Unfortunately our example correspondent Bazil here isn't the most articulate just yet, but we're hoping his vocabulary will expand in time.

We've got some new interiors made, like this Mimpins underground clubhouse: 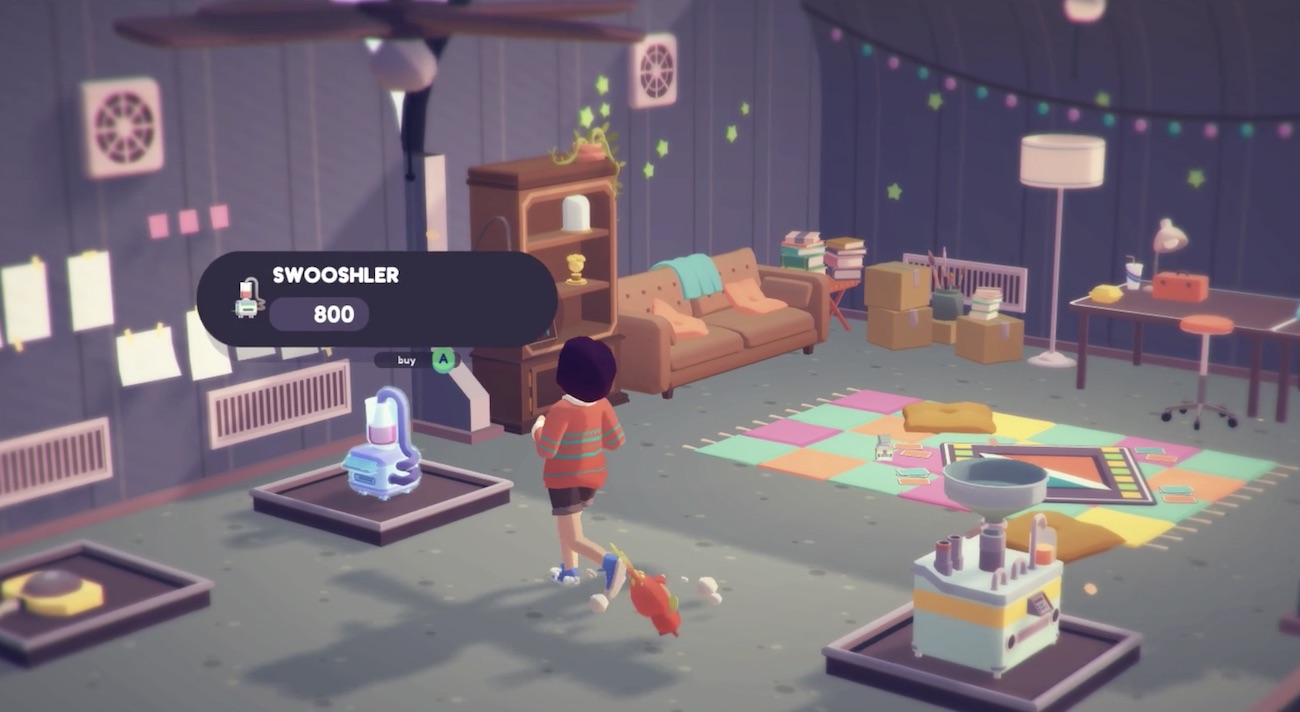 And this hair salon: 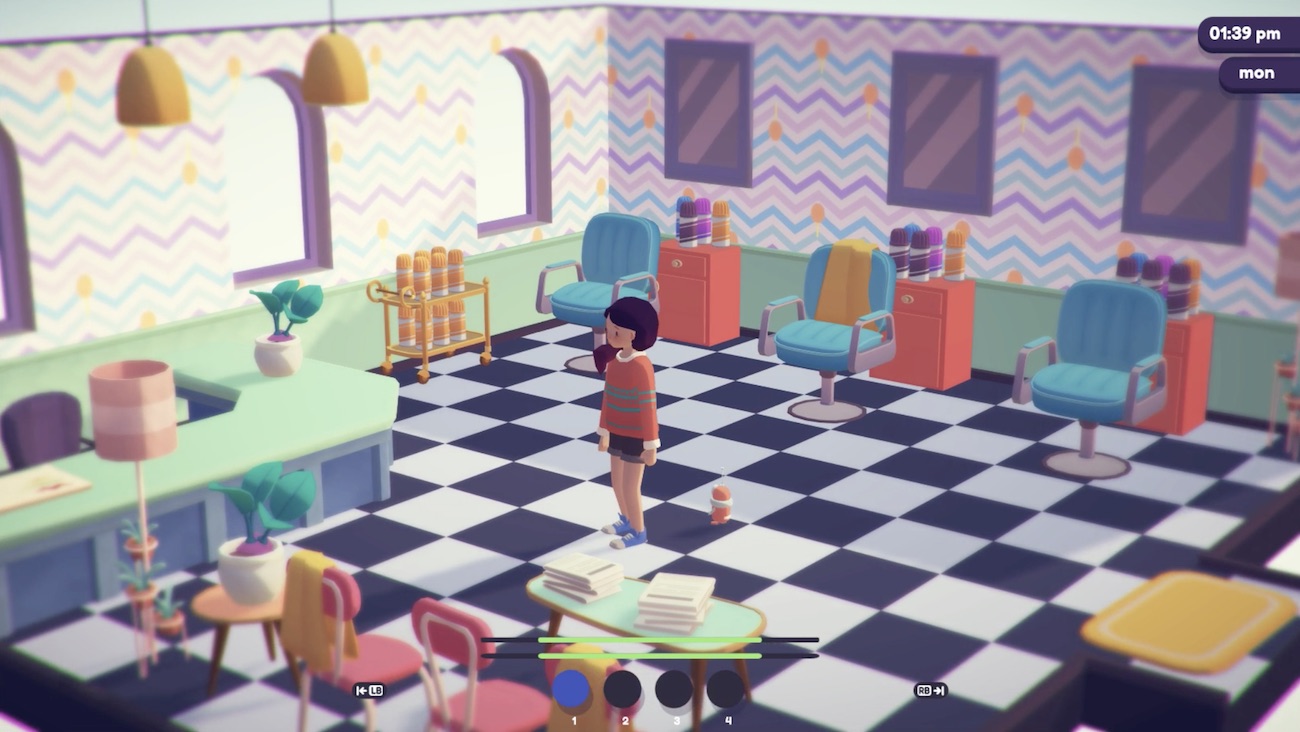 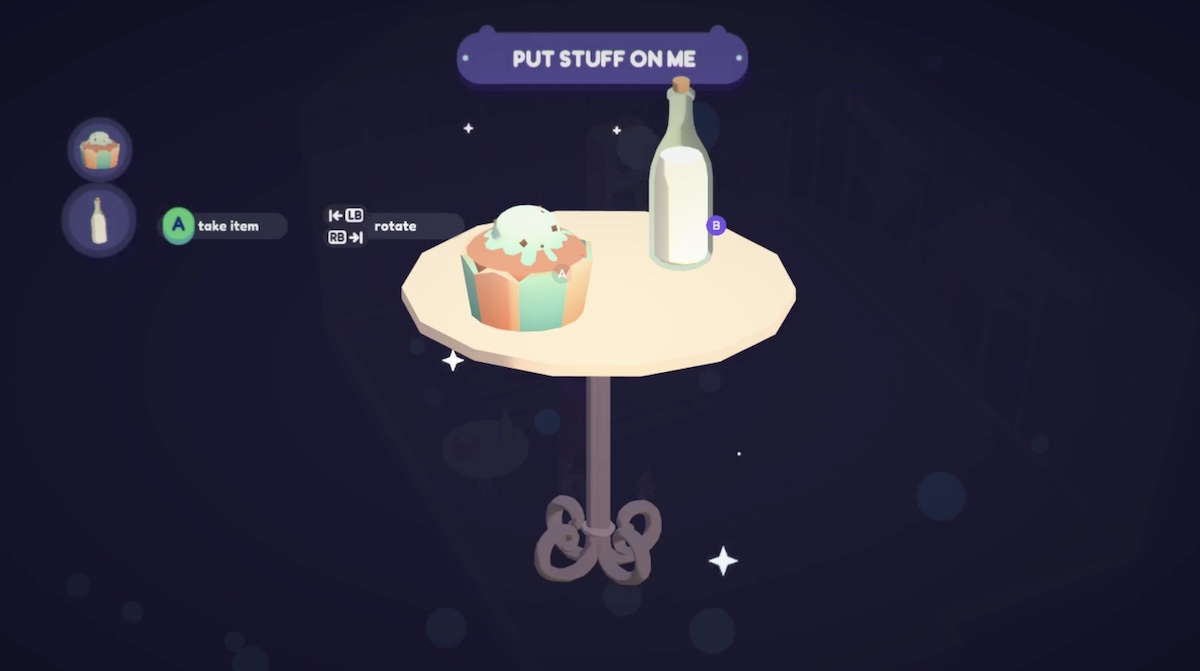 It might not sound that interesting, but it's actually a really cool feature! It allows you to place certain smaller objects on top of other furniture so you can get that Sims 4 style decor going. Eventually you'll be able to place little plants, figurines, trophies, and other junk on your dressers, bookshelves, and tables!

Cover girl! Ooblets was on !!the cover!! of PC Gamer's Indie Issue with an awesome article feature. I don't think there are enough adjectives to describe how excited and floored we were about this.

Ooblets was also featured in a bunch of fancy lists for anticipated games of 2018, like IGN's, GamesRadar's, Sweety High's, and les Inrocks' (which is French I guess!). Now we just need to get the game finished in 2018...

We had a couple big milestones over the past month or so on Patreon. We surpassed 500 patrons and $1750/m, which is totally nutso. People keep joining all the time so we keep posting more fun stuff: 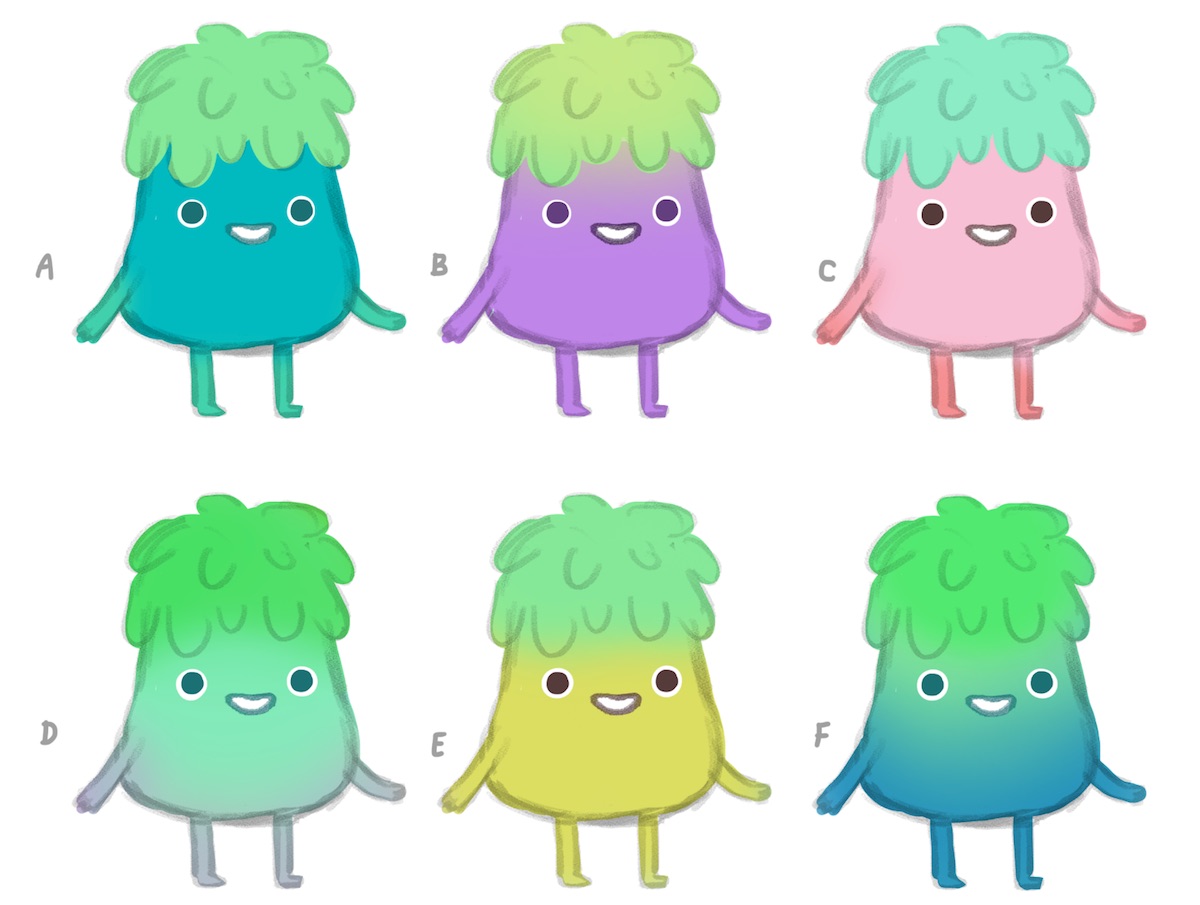 Who is this handsome lad??

This past month, patrons have gotten to hear a new music track from the game, seen new ooblet concepts like the ones above, participated in a super secret live stream Q&A we did, got a sneak peek at all the new crafting machines and the new crafting UI, saw some dumb cat gifs of our dumb cats, and hung out in the supporters channel in our Discord.

If you'd like to join our Patreon, you can do so here, but only do it if you want the rewards and have the disposable income. We're not struggling for money (yet, at least) so please don't feel any pressure to support us.

We haven't done one of these fanart roundups in a while, but we got so much crazy good stuff recently that we had to make a couple shout outs:

These are by @ChocoAnouki, @mrpibno, and @TheaTurbo. Click those names to see bigger versions of each piece.

I wonder what we'll come up with next! If you want even more Ooblets news and stuff, you can follow us on Twitter, Tumblr, Facebook, Discord, or Patreon.

Thanks for reading all this and being into what we're doing,